Identical twins from Co Antrim still have an inseparable bond at 96 years of age. 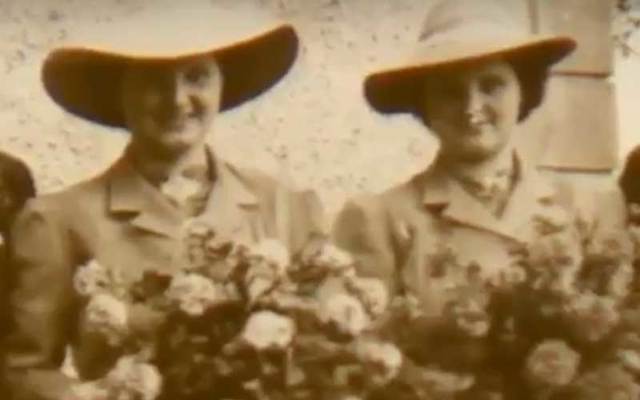 Identical twins from Co Antrim still have an inseparable bond at 96 years of age.

Dot and Daisy Jack are the best of friends and speak on the phone everyday despite living 40 minutes apart. They also journey to see each other once a week, The Daily Mail reports.

The sisters were born in Co Monaghan in 1923 and lived on a farm until the family moved to Northern Ireland when the twins were teenagers. Dot and Daisy married a pair of cousins both called William Jack on the same day in 1953. The sisters have seven children, sixteen grandchildren, and ten great-grandchildren between them.

Dot said: “We're best friends, we love to be together and chat together and do the same things. We have always been very close and people still struggle to tell us apart.”

The mischievous sisters liked to play tricks on people by swapping places with one another.

Dot's daughter, Sharon, said: “They're the mirror image of each other.

“People would mistake them for one another all the time. People would say they'd seen my mother out with a mysterious man but actually it was Aunty Daisy and Uncle Bill!

Dot and Daisy Jack are among the oldest identical twins in the UK and Ireland. The 96-year-old sisters were born on a farm in County Monaghan before moving to County Antrim. They married two cousins who coincidentally shared the same name - William Jack - and each raised families. The twins credit farm life, faith and family for their long lives. Video: BBC Newsline

“I know they used to play tricks on boys at parties when they swapped places so people didn't know who were they were. They've always had a sense of humor and enjoyed having a laugh.”

Sharon continued: “They've both brought families up in difficult circumstances and always done their best for their children.

“Dot was a fabulous mother and home maker for us when we were younger. She refused to be bowed by the loss of my father and the tragedy that befell her.

“They've both led very active and eventful lives and it's remarkable to see how close they still are with one another.”

Said Sharon: “The closeness between them is very evident and always has been.

Read More: Ireland’s oldest person passes away aged 108 after taking life "one day at a time"

“Very often mum will phone Daisy but can't get through as the line is engaged because she's been trying to get through to her.

“They speak every day and stay with each other, they see each every week.

“Over the past few years they are beginning to slow down but they're in remarkably good health. They just take one day at a time. That's how they've always lived their lives.

“They're both remarkably positive, they've never lost their sense of humor. Even at the age of 96 they'll both sit down and have a laugh about life and a cup of tea with you.”