Daniel O'Connell is one of the most important figures in Irish history. 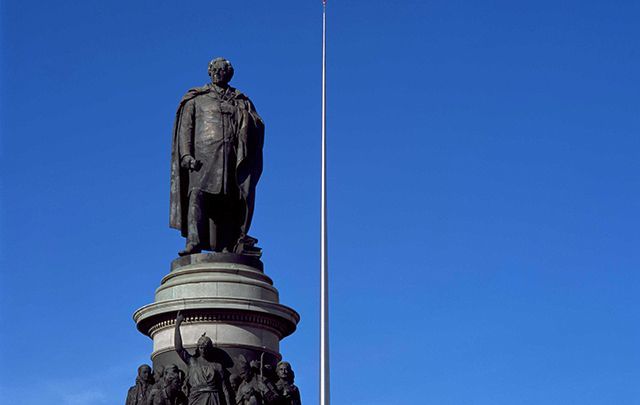 Known as the Liberator and Ireland's Great Emancipator, Daniel O'Connell is one of the most important and revered figures in Irish history, but what exactly did he do to be held in such high esteem?

O'Connell is familiar to virtually everyone who travels through Dublin since O'Connell Street - the city's main and most famous thoroughfare - is named after him.

He is predominately remembered for his role in securing Catholic Emancipation in 1829, a series of reforms that removed restrictions on Roman Catholics living in the British Empire.

The restrictions had been introduced by the Act of Uniformity 1662, the Test Acts of the late 1600s, and the much-maligned Penal Laws of the 1600s which stripped Catholics of a number of rights and sought to ensure the dominance of the Protestant class.

While some of these restrictions had been eased in the late 18th century, many still existed in the early 1800s, prompting O'Connell to form the Catholic Association in 1823 to broaden his campaign for Catholic Emancipation.

O'Connell charged a penny a month to join the association and drew the working-class poor into a national movement for the first time.

The Catholic Association proved extremely popular, and O'Connell was able to attract crowds of over 100,000 people at his rallies.

His popularity soared, and carried him to a County Clare by-election victory in 1828, defeating a member of the British Cabinet in the process.

O'Connell became the first Catholic to win a seat in the British Parliament in more than 100 years.

However, as a Catholic, O'Connell was forbidden from taking his seat in Westminster under the Penal Laws.

O'Connell's election led to the passage of the Roman Catholic Relief Act in 1829, which allowed Catholics to take their seats in Parliament whilst also removing the remaining Penal Laws and Test Acts that had kept Irish Catholics beaten down.

Read more: Remembering Daniel O’Connell's final tragic plea to save Ireland from Famine on his birthday

The Act, however, was not retroactive and O'Connell was forced to run for election again to secure his seat. He ran in 1829 and won again in County Clare.

Historians argue that the passage of the Roman Catholic Relief Act was a seismic moment in the relationship between Britain and Ireland, undermining notions of the protestant ascendancy and shattering a whole social order.

O'Connell, however, is not simply remembered for his role in Catholic Emancipation.

The Irish politician and lawyer frequently called for a repeal of the Act of Union.

Introduced in 1800, the act created the United Kingdom of Great Britain and Ireland, and O'Connell called for the restoration of the Kingdom of Ireland, which had been introduced in 1782 and had enjoyed a Dublin-based parliament.

His campaigning laid the groundwork for the Home Rule compromise of the 1880s and he addressed as many as one million followers at Clontarf and Tara in 1843 in his campaign for a Dublin-based legislature.

He was arrested and sentenced to 12 months in jail for conspiracy but was released three months later on appeal. He was paraded through Dublin on a gilded throne after his release, but his influence in the repeal movement diminished thereafter as he approached the final years of his life.

In 1845, two years before his death, O'Connell would have another major impact on a movement thousands of miles away.

Frederick Douglass, an American abolitionist and former slave, was touring the United Kingdom of Britain and Ireland in 1845 when he saw O'Connell speaking against slavery in Dublin. Douglass was captivated by O'Connell's speech and told his fellow abolitionists back in the United States that O'Connell had demonstrated how to hold a "monster meeting" peaceably.

The famous American abolitionist said O'Connell's speech was the most inspiring he had heard in over four years.

O'Connell had been a prominent abolitionist for the best part of two decades, first speaking out against slavery in 1829 when he held a large abolitionist meeting in London.

He frequently spoke about the matter in British Parliament and denounced the United States as a "vile union" of "republicanism and slavery." He once said he would never set foot on American shores due to the country's ties to slavery.

O'Connell's anti-slavery speeches frequently drew large crowds, who gathered to listen to him talk passionately about a subject that was clearly dear to his heart.

He never lived to see the abolition of slavery, dying on a pilgrimage to Rome in 1847.