Not quite the flight of a million who left Famine Ireland, but still a staggering exodus of people. 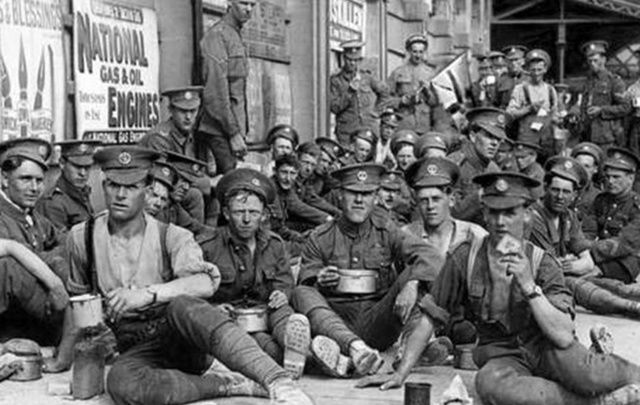 Protestants made up 10% of the population of the Irish Free State when it gained independence in 1922. Fast forward to the 2011 census and the figure is less than half that, at 4.27%.

So, what happened in the years since partition that saw the number of Protestants wilt like a flower without water? Many famed rebels were Protestants; men such as Wolfe Tone and women like Countess Markievicz and Gobnait Ní Bhruadair, but the independence they fought so hard for seemed to sound the death knell for their community of Christians in the south.

Robin Bury is the son of a Church of Ireland cleric. Growing up in Co Cork he admits to feeling “like an outsider” due to his faith and set out to investigate the decline of Protestantism in the southern state.

“I wouldn’t say in my own personal life that I suffered from discrimination, but I suffered more from not really belonging, being a bit of an outsider,” he told the Irish News.

In his findings for his Master's Degree at Trinity College in Dublin he concluded that the straw that broke the camel’s back for southern Protestantism was the struggle for Irish independence. Once the link with Britain was broken people whose families had lived on southern soil since the Plantation threw in the towel and moved elsewhere.

“I established that approximately 40,000 Protestants left the south of Ireland in that period, which I call ‘involuntary emigration,’” he said.

“There was intimidation, there was a fearfulness of what would happen once the Free State was established. There was a feeling of uncertainty and in some cases there were actual murders of Protestants, particularly in rural areas. There was a pretty nasty pogrom in west Cork but there were other incidents of violence.”

He estimates that between 100 and 200 Protestants were killed in sectarian pogroms: “The most disturbing without any doubt is the west Cork Bandon pogrom that took place in April 1922. They went to murder 28 Protestants in that area around Bandon and Dunmanway and I think they murdered 13. They were shot. One quite young lad, he was 15-16, the rest were men.”

One Connacht Protestant even went so far as to tell him it was “polite ethnic cleansing.”

“It wasn’t aggressive or violent after the Free State was formed. People were aware of our difference and they were aware that really we were here as a matter of indulgence, as opposed to a matter of right.”

“During the hunger strikes there was real fear among the Protestant community of a backlash. In fact, a Catholic said to me – out of concern: ‘You know, you want to be a little careful because of what is going on in Northern Ireland.’”

A survey carried out by the National Folk Commission found that Bury’s sense of being an outsider was common among many of his fellow Protestants. David Woods, a 43-year-old working class Dubliner, recalled how, “When I was a kid, I was in the Boys’ Brigade, and we were always taught to salute the tricolor. As far as I was concerned, I was Irish. But then I went to secondary school and got a terrible time. I was constantly told I was English and British.”

And while many felt unequivocally Irish, for some the end of Empire in Ireland meant an identity crisis.

“They had to reinvent their lives and work with their neighbors,” Nuttall explained. “They may not have seen themselves as British but as subjects of the British empire, so they had to come up with a new way of understanding their history and identity. In some cases, that took one or two generations.”

But for others the shame of Britain’s past actions in Ireland endures to this day.

“One man told me that his ancestors came with Cromwell; then he asked me to delete it; then said I could include it but not to mention where he is from, as he didn’t want anyone to know,” Dr Deirdre Nuttall for the National Folklore Collection told the Irish Times. “Even though it was a long time ago, it is a heavy burden to bear.”

More tragically still, one man admitted to still harboring upset at being viciously bullied as a child for his faith.

“The other children were told not to play with him, that he was going to the devil. On his long walk home from school, he had to contend with other kids threatening him. His parents didn’t believe him. More than 80 years later, he was very upset as he spoke to me about it.”

If you have a story about life as an Irish Protestant the National Folklore Collection at University College Dublin wants to hear from you. They can be contacted at bealoideas@ucd.ie or +353 17168216.