Where does the phrase “the luck of the Irish” come from?

The saying "the luck of the Irish" didn't exactly originate in Ireland. 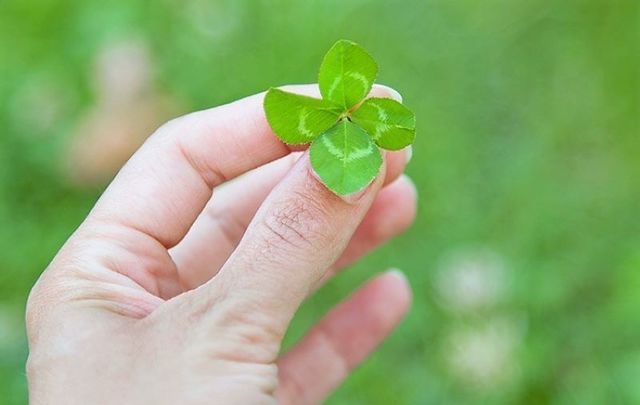 A four-leaf clover has come to symbolize luck, but what's the meaning of 'the luck of the Irish'? iStock

Are the Irish really luckier than everyone else? The meaning behind this "Irish phrase" may surprise you!

"The luck of the Irish" is probably a saying you've heard time and time again, most likely either around St. Patrick's Day, or to do with a sports team such as the Boston Celtics or the Notre Dame Fighting Irish.

You probably thought the meaning has something to do with the extreme good fortune of the people of Ireland, but originally the "Irish phrase" had a different connotation.

According to Edward T. O’Donnell, an Associate Professor of History at Holy Cross College and author of "1001 Things Everyone Should Know About Irish American History," the term is not Irish in origin.

"During the gold and silver rush years in the second half of the 19th century, a number of the most famous and successful miners were of Irish and Irish American birth....Over time this association of the Irish with mining fortunes led to the expression 'luck of the Irish.'

"Of course, it carried with it a certain tone of derision, as if to say, only by sheer luck, as opposed to brains, could these fools succeed."

The word "luck" itself is Middle Dutch in origin, according to Mental Floss. The word comes from ‘luc,’ a shortening of ‘gheluc,’ meaning “happiness, good fortune.” The word was probably introduced into the English language in the 15th century as a gambling term.

Have you ever felt that you've had the luck of the Irish or come in contact with someone who has? Tell us all about your lucky story in the comments section, below!