What was the news on the day JFK was born?

Reports from the New York Times and Irish Times show a world blighted by war and an Ireland simmering with revolution. 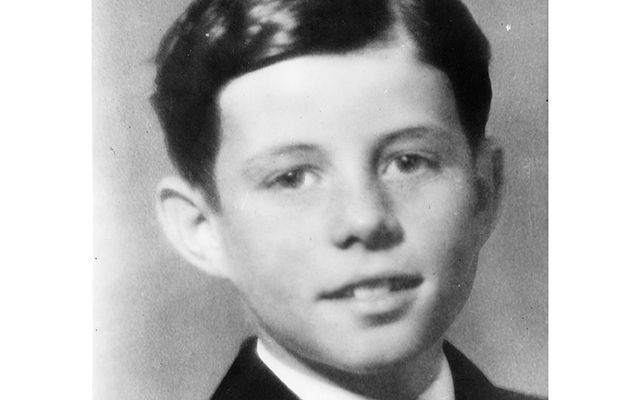 John F. Kennedy was born into the world in the middle of tumultuous change and newspaper reports from the day he was born illustrate just that.

In Ireland, the Irish Times reveals a nation gripped by news from the western front and a society divided between unionists, home-rulers and republicans.

After a long weekend, the newspaper informed readers that, “Yesterday was a stay-at-home Whit Monday. There was little or no incentive to the majority of people to spend the holiday far afield from the city.”

The paper had a prolific correspondent in the southeast and is packed with news from Wexford. A 15-year-old boy, we are informed, died after falling from a wagon and a woman was fined for diluting the milk she sold with 18% water.

The stirrings of the War of Independence that would break out after the end of the Great War are chronicled, too.

“Much interest was aroused,” we learn, “in Enniscorthy yesterday in connection with the prosecutions under the Defence of the Realm Act against ten young men and two girls who were charged with using seditious language and singing seditious songs and throwing stones at the police on Sunday, 19th April last, previous to and following the removal of a republican flag from the telegraph wires near the bridge.”

Trouble was also reported in Derryfatter, Roscommon, where “a cyclist who while carrying a Sinn Fein [sic] flag, discharged a number of revolver shots along the road. There were some children on the road at the time.”

For his troubles, the man - and men like him - were denounced from the pulpit by a priest and the Irish Times added tersely, “An old woman with a besom and a bunch of nettles would beat the lot of them.”

Although there were clearly a large number of revolutionary-minded people in Ireland at the time, their opinions do not appear in the paper’s letters’ section.

On the issue of a new Irish constitutional settlement, a George Mansfield from Naas urged that the Parliament repeal, “the present Home Rule Act, which now seems to please nobody.”

The awarding of a military cross from the Irish Times.

“The brilliant development of General Cardorna’s offensive against the Austrians has given an entirely new aspect to this campaign,” the report begins.

The issue of Canadian conscription is also chronicled, “[after] the recent visit of the Dominion Prime Minister, Sir Robert Borden, to the Canadian Forces in France… He found that the great concern of the men there was that the Canadian representation in the field should be maintained in full strength.”

As befitted the paper of record, there are reams of personal and official announcements. The names of those in the British forces mentioned in dispatches are written out in full and the names of the dead dutifully listed in a Roll of Honour.

Captain William Armstrong of Thurles, Co. Tipperary was killed on May 23 we learn and Robert Rennix of the Royal Inniskilling Fusiliers, reported missing after the Battle of the Somme on July 1 last year, is reported dead.

The award to Captain B.C.O. Sheridan of Pembroke St, Dublin of a Military Cross is given an entire article.

Mr. and Mrs. J. Kenny of Raheny, Dublin, welcomed twin girls into the world and Mr. and Mrs. Wilson of Eaton Square, Terenure also became the proud new parents of a baby girl.

The paper reflects clearly the unionist sentiment of most its readers; it contains an advertisement for an Empire Restaurant off Grafton Street promoting its “Empire Buffet”.

News of the "fashionable" goings-on from the Irish Times.

It also devotes a large column to what it calls Fashionable Intelligence, which lists the movements of Ireland’s most senior aristocrats - presumably so they knew when each other were in town.

“The Earl of Mayo arrived in London from Ireland,” we are informed. Furthermore, “The Countess of Drogheda has arrived at Moore Abbey, Co Kildare from London.”

The visit of the King, Queen, and Princess Mary to military hospitals is also chronicled in great detail.

The Ireland of May 29, 1917, was clearly one of the great contradictions. Whilst brimming with sedition against the British Crown, people were also full of worry for the Irishmen fighting of the western front in Crown forces.

In the United States, the nation had only recently plunged into the Great War and the impact of the conflict was only just beginning to reverberate across the nation. On May 29, the New York Times reported on one of the most consequential results of the war - namely the imposition of the draft on the nation’s young men.

“The plan for registering 600,000 New Yorkers,” the paper wrote, “who are liable for military service under the selective draft law has practically been completed.”

A Roll of Honor from the Irish Times.

The paper also recorded that the family of one of the first American casualties of the war had been informed.

“Harry Canfield [of Caldwell NJ] is either dead or a German prisoner. The message came in a letter to Mrs. Florence Holmes, his sister, who lives with her parents.”

The news was not all somber, however. The recent gains by the Italian army were noted, too. As soldiers pushed along the coast towards Duino, the paper noted the recent victory linked up “what was a precariously held outpost of victory into part of an effectively conquered and well-considered line.”

An American nurse was also singled out for praise by Britain’s Field Marshal Sir Douglas Haig who gave “special mention [in dispatches] for distinguished services [to] Miss E. T. Sharp, a staff nurse in the Harvard Unit of the American nursing service.”

International news was not solely about the raging conflict; it was also recorded that a meeting of Russian Muslims had been held in Moscow and made a supporting “full rights for women and the abolition of polygamy.”

Closer to home, news from the suffragette movement was also noted; under the heading ‘SUFFRAGE GAINS IN SOUTH’ the paper recorded a visit by the feminist Alice Paul to the south to drum up support for votes to women.

“The women of the south are not thoroughly organized,” said Miss Paul, “but they are enthusiastic. I did not hear one plea for state’s rights in regard to women’s suffrage.”

The Civil War’s long shadow was still clearly felt by the America of JFK’s birth.

Nor did the NYT ignore local news either; the very special anniversary of an Irish clergyman was noted in the pages by the heading “40 YEARS IN PRIESTHOOD: PROTESTANT CLERGYMAN HELP FATHER DONNELLY OF FLUSHING CELEBRATE”.

Guests at the celebration, the paper wrote,  totaled “fully 1,000 members of the Catholic and Protestant churches in and around Flushing L.I.”

Gaelic games also featured in the sports pages; readers were informed that “The annual field day games of the Cork men’s society will be held next Sunday at Celtic Park. The Kilkenny and Cork teams will meet in a football fray and Limerick will meet Cork in a hurling match.”

Amid so much change in the world, that is perhaps the sole report that could just as well have happened today as 100 years ago.