In his book "Voyage of Mercy," Stephen Puleo charts the incredible journey of the USS Jamestown, the first US ship to deliver relief to famine-stricken Ireland. 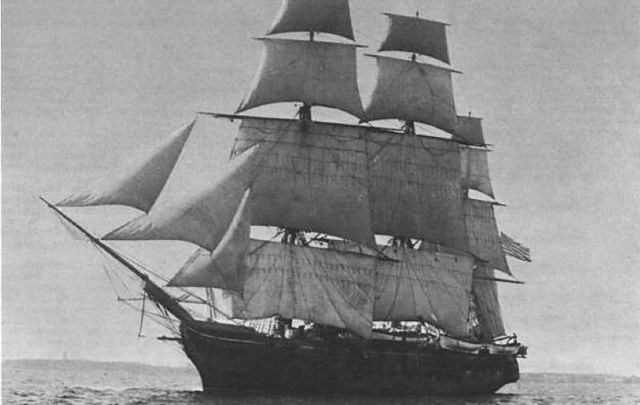 An invaluable book, "Voyage of Mercy: The USS Jamestown, the Irish Famine, and the Remarkable Story of America’s First Humanitarian Mission" by Stephen Puleo shines a light on the untold story of the first ship that left America and sailed to Ireland laden with food to help the starving Irish during the Famine.

The successful mission of mercy inspired thousands of other Americans to donate and pay for ships to bring food. It was also the first American humanitarian mission sending aid from one country to another.

5,000 ships left Ireland during the Famine. The USS Jamestown captained by Robert Bennet Forbes was the first ship to go the other way.

Forbes, a merchant and man of intense compassion, made it his life mission to help the starving Irish after observing so many desperate Irish arrive in Boston.

The book also portrays the amazing work of a Cork-based Irish priest Father Mathew, famous for his work on stopping alcohol abuse, whose role in ministering to and saving thousands of Irish during the famine has never been properly revealed.

The voyage of the USS Jamestown through storm-tossed seas and gale-force winds which battered the sailing ship in April 1847 is vividly described in the book by Stephen Puleo.

Puleo’s account of the ship almost foundering is gripping based on the accounts of those who sailed on her.

Puleo writes: ”Weak light leaked from deck lanterns, but beyond the ship’s raised prow and forward riggings, the darkness was total — “black as Erebus,” as Forbes described it in the captain’s log, referring to the mythological netherworld that serves as the passageway to Hades."

For six straight days after leaving the Charlestown Navy Yard, the ship and its crew were pounded by miserable weather as they fought their way toward Ireland. Snow, sleet, hail, and cold rendered all ropes “stiff as crowbars . . . and the men also,” Forbes wrote in his captain’s log.

Forbes incredibly had convinced the US government to loan him a warship for his mission of mercy. Puleo writes: “It was the first time the US — or any nation, for that matter — extended its hand to a foreign neighbor in such a broad and all-encompassing way for purely humanitarian reasons.”

Meanwhile back in Ireland, Father Theobald Mathew wrote five times to the British government overseer of Ireland, Charles Treveylan, pleading for more food. He described the dreadful scenes in cities, towns, and countryside of thousands dying weekly and the unimaginable pain and suffering.

"This country is in an awful position,” he stressed to Trevelyan, “and no one can tell what the result will be.” But Trevelyan had a heart of stone. 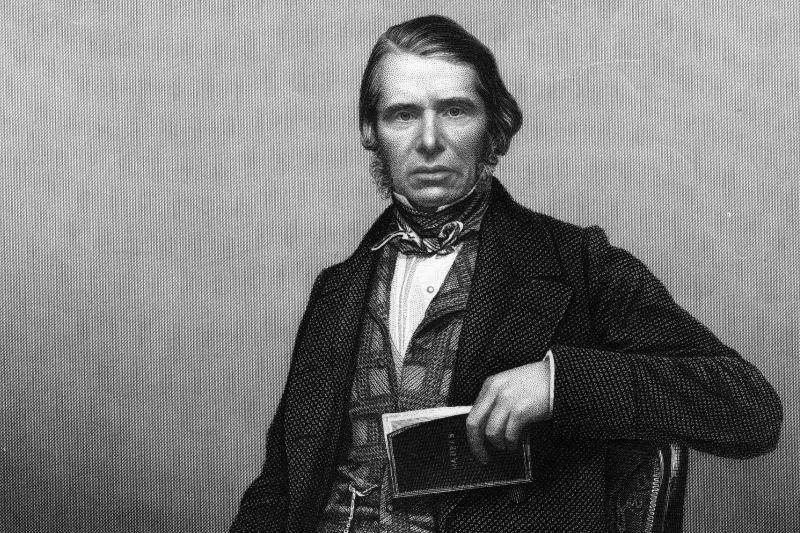 Father Mathew was also aware of the American ship that was due with desperately needed food. The ship arrived early on the morning of April 13, 1847, having left Boston on March 28th.

Puleo writes: “Thousands of people lined the hillsides and the wharves. Men and children cheered wildly, women 'waved their muslin,' and many people wept openly. An Irish band onshore played 'Yankee Doodle,' while men in small boats waved their hats and shouted their greetings as the ship passed.

"When news reached Cork city that the Jamestown had dropped anchor, bells rang out across the city to welcome it. Forbes and his crew were greeted by a jubilant reception committee 'before the anchor had fairly bitten the soil.'"

When Forbes and Mathew met, they shook hands and embraced outside of the American consul’s office.

Puleo writes: “Both men had achieved nearly saint-like status among the poor Irish: Mathew, tending to his flock, sharing his bread and coin, opening his kitchen and bedrooms, praying over the fever-ravaged, risking his own health — his very life — for families he had long known and loved, a gladiator leading a relentless and courageous fight against famine and fever, from altar and alleyways, from hovels and hospitals; Forbes, the benevolent, mysterious, “illustrious” stranger — the “Merchant Prince,” one publication called him — a man of accomplishment and high standing in his home country, risking his own life on the high seas for people he did not know. While the rest of the world remained silent or turned its back, while the British government harrumphed and dithered, Mathew and Forbes were doing everything in their power to save Ireland."

Mathew took Forbes through the city and Forbes never forgot the sight. “He had seen poverty and hopelessness in other parts of the world, but nothing like this," Puleo writes, "He had read about the dire situation in Ireland and perhaps imagined the suffering as the Jamestown plowed through the Atlantic waves toward Ireland - but there was simply no way to prepare for what he encountered.”

Forbes later wrote: “I saw enough in five minutes to horrify me. Hovels crowded with the sick and dying — some called for water . . . and others for a dying blessing.

“Every street corner is filled with pale, careworn creatures, the weak leading the weaker; women assail you at every turn with famished babies imploring alms.”

Back home in America, the Jamestown's celebrated mission opened the floodgates. “The plight of a ravaged foreign country and its desperate people pierced America’s hardest hearts and opened its most obdurate minds," says Puleo.

By July 4, 1848, fifteen months after the assistance had begun, Americans had donated more than 9,900 tons of food to sustain Ireland

In 1847, 114 ships from US ports delivered food, clothing, and provisions to starving Ireland. The voyage of the Jamestown, the courage of Forbes and Father Mathew the care and concern for the desperate population will resonate in history and this book has done an incredible job reminding us of a rare bright star that shone in the deep darkness of the time of the Irish famine.