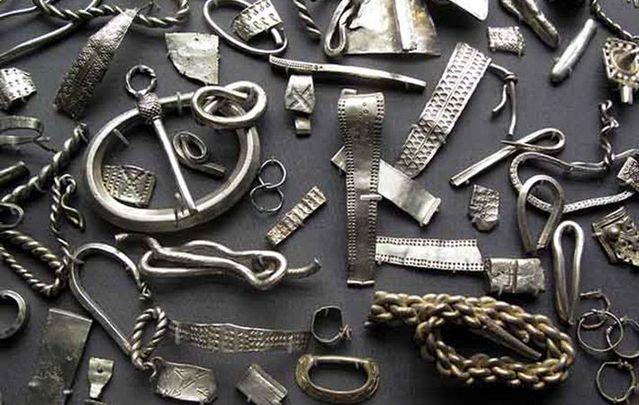 Viking treasure found in Scotland believed to be of Irish origin.

A metal-detecting enthusiast uncovered a hoard of Viking treasure with Irish links in Scotland.

Derek McLennan, 47, unearthed more than 100 objects on church land at an undisclosed location in Dumfries near the coast of the Irish Sea in October 2014.

An early Christian cross thought to date from the ninth or tenth century was among the items found.

Experts described McLennan’s discovery as "one of the most significant Viking hoards ever discovered in Scotland.”

Read more: What did the Vikings do for the Irish?

McLennan, who was part of a group that found more than 300 medieval silver coins last year, had been searching the area for a year when he made the discovery of the Viking treasure.

According to the Scots' law of treasure trove, McLennan should be given a reward judged equivalent to the market value of the items.

Read more: Did the Vikings bring leprosy to Ireland?