The tragic tale of America’s most disturbed family

Robert Kolker's 'Hidden Valley Road: Inside the Mind of an American Family' is an account of the Galvin family, where six out of ten sons were diagnosed as schizophrenic. 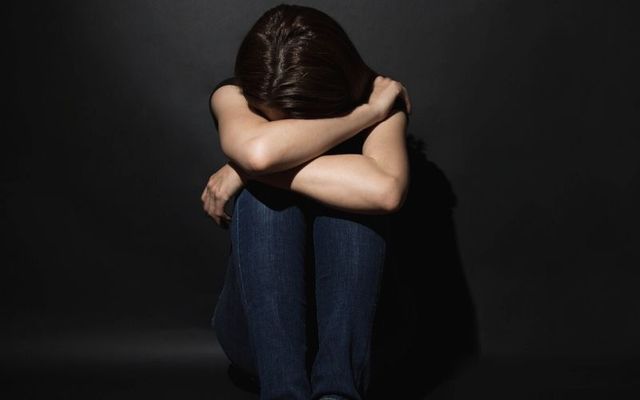 The Galvin family is described as one of the most disturbed in America. Stock photo. Getty

A new biography tells the tragic tale of an American family thought to be one of the most disturbed families in American history.

'Hidden Valley Road: Inside the Mind of an American Family' is an account of the Galvin family in Colorado Springs where six out of ten sons were diagnosed as schizophrenic.

Robert Kolker's in-depth study examines how one son murdered his wife, one son raped his sister, and how one son tortured a cat to death for no reason.

The Galvin family started like many other American families in the 1940s.

An unplanned pregnancy forced Donald Galvin Sr. to marry Mimi Blayney in a shotgun wedding in Mexico in 1944.

Donald was about to shipped out to the South Pacific to fight in the US Navy during the Second World War and the couple's story was not unlike many other wartime couples who had to rush marriages in order to avoid the stigma and dishonor that accompanied unmarried pregnancies.

Little did they know that their first-born son, Donald Jr., would be the first of 12 children.

Donald Sr. and Mimi would go on to have ten boys and two girls between 1945 and 1964 and at least six of the boys were plagued with severe cases of schizophrenia.

Kolker provides a sympathetic portrayal of the mentally ill brothers and examines the family history in detail to uncover why the Galvin family was plagued with such severe mental illness.

He spent years interviewing Galvin family members, friends, neighbors and acquaintances to build a story about a family that had tried desperately hard to conceal from the rest of the world. The author pored over family documents and medical records to further build a picture around the disturbed family.

There’s no better time to read than when you’re safer at home! My next @oprahsbookclub selection is “Hidden Valley Road: Inside the Mind of an American Family” by @bobkolker. It’s a riveting true story of an American family that reads like a medical detective journey. pic.twitter.com/9njuWRzngE

He documents how Donald Sr. and Mimi Blayney spent years trying to hide the boys' mental illness due to the stigma attached to the subject in the mid-1900s, only relenting when the problem couldn't be ignored any longer.

The boys' incipient madness surfaced in their adolescence and naturally, it was Donald Jr. who first displayed signs that things weren't quite right.

A high-school football star and fledgling medical student, Donald appeared to be a model son on the surface, but there were worrying signs behind-the-scenes that things were starting to unravel.

As a sophomore in college, for instance, he visited the campus medical center after he impulsively tried to jump over a bonfire for no discernible reason.

He later visited the medical center to be treated for cat bites and did so again two years later, revealing on the second occasion that he had killed a cat "painfully and slowly."

Donald Jr. had no idea why he killed the animal and become distressed when he thought about the subject.

Mimi Blayney had her son committed when he started roaming the family home naked spouting religious delusions and Donald Jr. underwent a course of anti-psychotic drugs to deal with his illness.

The drugs worked to a degree and Donald Jr. was able to manage his illness enough for him to be sent home, but the Galvin's problems were only getting started.

Jim Galvin, the second son of the family, molested his younger brothers and raped his sister Mary, who changed her name to Lindsay to try and shake off the ghosts of her family.

Jim was almost 20 years older than some of his brothers and sisters and represented a safe alternative for the frightened children during Donald Jr.'s psychotic episodes.

He took them to the movies, taught them to fly kites, and took them for rides on his motorbike, so that when he began sexually abusing Mary, she took it as "normal" because he was so kind to her.

Kolker explains that Jim Galvin might have been forced down this grim pathway by a Catholic priest who sexually abused him at a young age.

Both Kolker and Mary (Lindsay) Galvin state that Jim's predilection towards sexual abuse could not be explained by his psychosis and that it must have been caused by something else in his life.

Brian Galvin, meanwhile, shot and killed his wife before turning the gun on himself in a horrific murder-suicide.

Peter, for example, began wetting the bed at 14 because he believed there was a devil under the house.

Joseph Galvin, on the other hand, frequently saw visions of the Chinese Emperor in the sky and claimed the visions spoke to him, while Matthew Galvin believed he was Paul McCartney from the Beatles.

Most of the brothers would eventually undergo severe courses of antipsychotic drugs to deal with their mental illness, similar to Donald Jr., and Kolker expertly interweaves views on treatments and psychiatrists into the horrific family history.

He notes that the drug and shock treatments used to treat the Galvin boys may have actually worsened their problems since most became obese and developed diabetes and heart problems; all known side effects of antipsychotic medication.

Many of the brothers would remain on a conveyor belt between mental hospitals and returning to their home on the Hidden Valley Road while undergoing severe drug courses and shock therapies.

They are one of the most studied families at the National Institutes of Public Health and Dr. Lynn DeLisi, an American genetics researcher, labeled them "the most mentally ill family in America" after she met them in 1985.

The family's DNA has informed genetic research for decades as well as informing research into psychiatric treatment surrounding schizophrenia.