New podcast: A homeless Irishman kills multiple times without detection, unseen in a world where nobody seems to care. 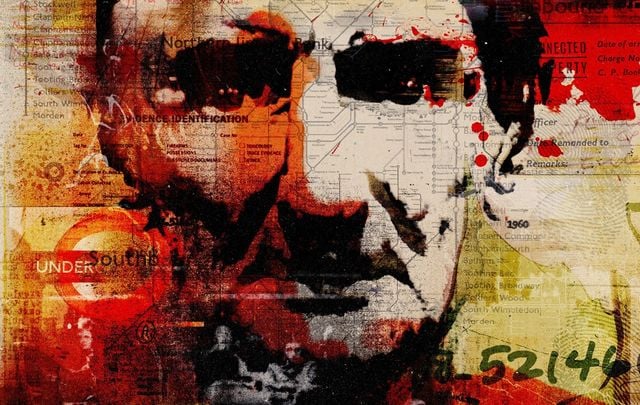 Listen to this new podcast "The Nobody Zone". RTE

A new true-crime podcast delves into the mystery behind a forgotten London underworld, where a homeless Irishman kills multiple times without detection, unseen in a world where nobody seems to care.

A six-part series, The Nobody Zone, from RTÉ in Ireland and Third Ear in Denmark, follows the mystery surrounding Irishman Kiernan Patrick Kelly, a homeless man in London who confessed to multiple murders. This podcast enters "the dark world where killer and victims mask their identities and where evidence is as hard to find, as it is to trust."

Kieran Kelly, a native of  Rathdowney, County Laois, emigrated to London in 1953 where he worked as a laborer.  In London, Kelly pushed one of his best friends in front of a London Underground train after Kelly thought he might be outing him as a homosexual. Kelly continued his murder spree for nearly three decades.

In 1983, while in a holding cell at London’s Old Bailey, Kelly strangled his cell-mate who he claimed was snoring too loudly. When questioned on the matter, Kelly reportedly confessed to many more murders, much to the shock of the police.

Kelly was convicted of murder and manslaughter and was sentenced to life in prison. He died behind bars in 2001.

Kelly’s confessions remained a secret until retired police officer Geoff Platt, who worked on Kelly's cases, published his own book 'The London Underground Serial Killer' in 2015.

In it, Platt asserts that not only did Kelly admit to killing upwards of 30 people, but Scotland Yard worked to cover up his crimes of pushing people onto the tracks of the London Underground in hopes of preventing "public hysteria."

What do you think? Could this podcast, The Nobody Zone, be your new podcast obsession? Let us know in the comments section below.