Located in the Seaport District of Manhattan, the Titanic Memorial Lighthouse has fallen into disrepair and is in desperate need of refurbishment. 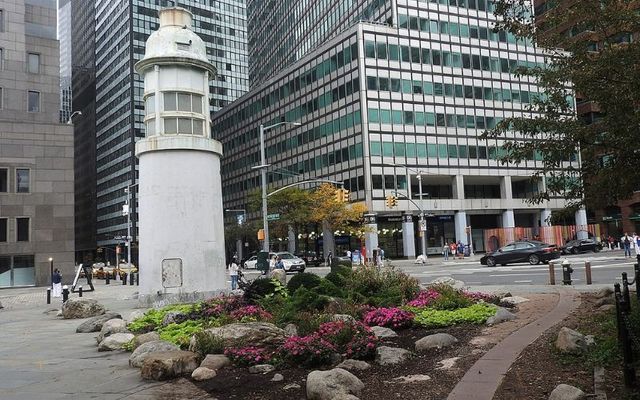 A lighthouse erected in New York in 1913 in honor of the 1,496 passengers and crew who lost their lives on the Titanic is to be restored.

Located in the Seaport District of Manhattan, the Titanic Memorial Lighthouse has fallen into disrepair and is in desperate need of refurbishment.

Friends of the Titanic Lighthouse Restoration have campaigned for over four years for the old monument to be restored to its former glory and that tireless campaigning appears to have finally paid off.

The Seaport Museum has publically posted a request for proposals for "Architectural and Engineering Services for the Lighthouse Enclosures", indicating that the museum is preparing to start restoration work on the lighthouse.

"One of the Museum’s principal restoration goals is careful conservation of exterior and interior lighting to allow for reactivation," the Seaport museum said in a post on its website.

"The work will also allow for the evaluation of the tower structure tower and its concrete base in order to determine if work is required to ensure its integrity and stability prior to needed repairs, cleaning and painting.

"Finally, the selected firm will work with the Museum to develop appropriate signage for this precious public art and memorial artifact."

Located at the corner of Pearl Street and Fulton Street, the lighthouse is part of the museum's collection and was famous for its green light, which was visible up to ten miles out to sea, which helped to safely guide ships into New York Harbor.

However, it has remained unused since 1976 and has since fallen into disrepair.

The lighthouse was designed by architects Warren & Wetmore, who designed Grand Central Station, and simultaneously served as a powerful tribute to the deceased passengers and as a means for saving lives at sea.

The lighthouse's time ball dropped every day at noon, allowing captains and sailors to determine their longitude and latitude at sea by using chronometers, a device used to determine longitude using by using exact measurements of time.