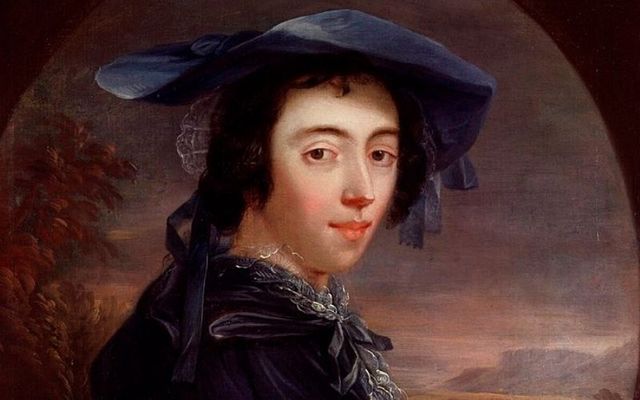 Margaret (Peg) Woffington, one of three Pegs: From the most famous storyteller to a prostitute turned movie star and tough brothel madam. Public Domain

The Irish language autobiography “Peig” has become a thing of legend for Irish Leaving Cert students and every Irish person probably knows a little something about Peig Sayer’s life. However, many don’t know the tales of Peg Woffington, the prostitute who became an international star or Peg Plunkett, a most influential Georgian Dublin brothel madam.

A cultural movement, Herstory, aims to tell the stories of formidable and forgotten Irish women whose amazing tales have been written out of history. As the movement organizers put it “the Irish are known as the best storytellers in the world but until now, we have only told half the story…Our objective is to eliminate the statement “I’ve never heard of her.”

Here are three such women we should all know about.

Peg Woffington, as Herstory describes her, is the opposite to Peig Sayers. The classic rags to riches story, Margaret (Peg) Woffington went from eking out a living as a door-to-door watercress saleswoman and prostitute to an international star.

Following her father’s death, Peg’s family became impoverished. Her mother took in washing, and Peg sold watercress outside Trinity College. It is said that she was walking through a marketplace as a pre-teen and happened upon Madame Volante – a famous tight-rope walker – who asked Peg’s mother permission to take her in as an intern. In around 1730, Madame Volante featured Peg, as “Polly Peachum,” in a production of John Gay’s “The Beggar’s Opera,” which launched her career.

She was a true professional, performing when ill and stepping in for others at the last minute. It was on such an occasion that she took over the role of Ophelia in “Hamlet,” at Smock Alley Theatre, in 1737. It was then she truly became a star. She began playing ‘breeches’ roles playing male characters in both Dublin and London.

She had a very public affair with the famous actor David Garrick, one of the top actors in the world, and played Ophelia opposite his Hamlet and Goneril to his King Lear, in Smock Alley.

“She had two children with him, which did not go down well in the theaters. Though she was a huge name and had serious pull in Irish theater, the theater managers would only allow her to be billed Mrs. Margaret Woffington after the birth of the children, even though she actually never married,” according to Herstory.

In 1757, during the performance of “As You Like It” at Covent Garden, she collapsed during the epilogue after having a stroke.

“This beautiful, gifted, yet unhappy woman exercised a remarkable fascination over all with whom she was brought in contact. She was unselfish and kind-hearted; she supported her mother and educated her sister Mary, who married the second son of the Earl of Cholmondeley. She devoted herself to the poor, and regularly visited and knitted stockings for a number of old retainers.”

Percy FitzGerald says in his 'Life of Garrick,' "From her portraits, we can see that this notorious lady was not a bold, rosy-cheeked hoyden, as we might expect, but had an almost demure, placid, and pensive cast of face. She wore her hair without powder, and turned back behind her ears, nearly always with a cap carelessly thrown back, or a little flat garden hat set negligently on... Certainly, a deeply interesting face, but with a little hint of foolishness and air of lightness in all its calm, pale placidity."

A brothel madam, an entrepreneur and author, and a socialite, not bad for a woman from Westmeath during the 1700s.

Peg was the most famous brothel madam in Georgian Dublin. Powerful and highly influential, Madam Plunkett was witty, intelligent and beautiful: a dangerous combination that bewitched lords, lawyers, and con-men. Moving to Dublin at 16, Peg was kept by several men, including a Mr. Leeson, whose surname she often used. She started her first brothel with a friend, Sally Hayes, on Drogheda Street. The premises moved to Pitt Street after an attack by a gang called the Pink Dindies (whose leader Peg successfully sued).

When a famous violinist came to Smock Alley Theatre he banned people of her ilk, but nothing deterred Peg Plunkett. When she was unceremoniously thrown out by the doormen on the violinist’s orders, she saw to it that he was locked up at Newgate prison along with the doormen.

She had a wicked sense of humor, so wicked that she once attended a masquerade ball dressed as Diana, the goddess of virginity. Ever brazen, she even tried to set up a religion at one point and offended the Prince Regent by refusing to get her horse out of the way of his carriage while on a trip to London.

Plunkett retired after 30 years to Blackrock but had to write her memoirs in order to pay her debts, which put the fear of God into Dublin’s social circles. The first two volumes were bestsellers, but Peg died in 1797 before the third volume was complete.

Peig Sayers is most certainly the most famous of these three Peg’s but had an undoubtedly less glamorous life. Born in Dunquin, County Kerry, in 1873, she is known for her storytelling. She inherited her skills and content for her stories from her father.

At age 12 Sayers was taken out of school and went to work as a servant for the Curran family in the nearby town of Dingle. She spent the next few years as a domestic servant, working for members of the growing middle class in the area produced by the Land War.

Sayers had expected to join her best friend Cáit Boland in America, but Cáit wrote that she had had an accident and could not forward the cost of the fare. The great Irish storyteller moved to the Great Blasket Island after marrying Pádraig Ó Guithín, a fisherman and native of the island. She and Pádraig had eleven children, of whom six survived.

In 1907 the Norwegian scholar Carl Marstrander, urged Robin Flower, of the British Museum, to visit the Blaskets. Flower was keenly appreciative of Sayers' stories and tales. He recorded them and brought them to the attention of the academic world.

Then in the 1930s Dublin teacher Máire Ní Chinnéide, a regular visitor to the Blaskets, urged Peig to tell her life story to her son Micheál. She dictated her biography and it was sent to Ní Chinnéide in Dublin who edited it. It was published in 1936. Over the years Sayers went on to dictate 350 ancient legends, ghost stories, folk stories, and religious stories to Seosamh Ó Dálaigh of the Irish Folklore Commission.

To read more amazing tales of Irish women from history visit www.herstory.ie or follow the movement on Facebook.

On This Day: Edward Bruce, the last High King of Ireland, dies in 1318

The cult founded in the basement of a haunted Irish castle

On This Day: The Earl of Tyrone died in 1693, the start of one of Ireland’s most famous ghost stories