After the fifth release of JFK assassination files this year, we could be edging closer towards a conclusion on the truth behind President John F. Kennedy's death. 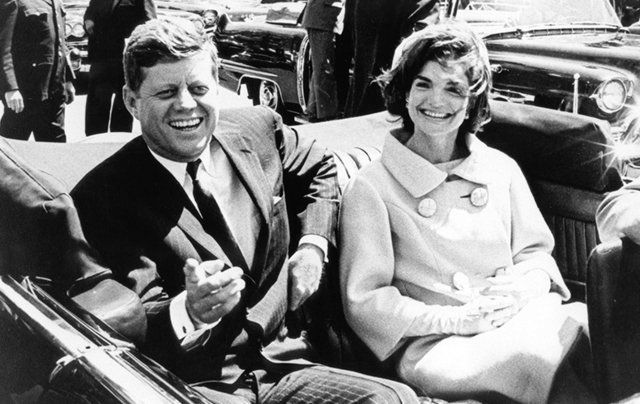 President John F. Kennedy and his wife Jackie on the day of his assassination. Will the complete set of files relating to this day ever be released?

President Trump placed a further halt on the final release date the complete JFK assassination files, but slowly but surely they are being unsealed.

On October 26, 2017, the world could finally have confirmed the facts of JFK's assassination until President Trump delayed – once more – the release of the complete files. claiming he had no choice but to listen to the requests of government agencies that certain information continued to be withheld from the public.

Federal law had dictated that the final Kennedy assassination files must be released by October 26 unless the president at the time felt it was not in the public interest or safety to do so. Nonetheless there have been five JFK assassination files release dates so far in 2017, the most recent being just last Friday, November 17, when a further 10,744 records were released.

But what of the records that are left? What will be in the files that are hopefully released in the future? It won’t be Trump’s claim during the campaign that Senator Ted Cruz’s father was involved!

Will we ever know what role Cuba could have played in JFK's death?

The main new evidence will focus on the motives and movements of the assassin Lee Harvey Oswald.

The files will likely reveal that the CIA made a huge error in not shadowing every move Oswald made abroad and when back in America in conjunction with the FBI.

Read More: 5 things you might not know about John F Kennedy’s assassination

Among the people that Oswald met in Mexico was a KGB assassination expert, who was posing as a diplomat and whose role has never been disclosed.

It is known Oswald went there apparently to defect to Russia where his wife was from or go to Cuba. But something made him change his mind.

Did the KGB set him up to assassinate Kennedy?

The CIA had him under constant surveillance in Mexico and tracked his
meetings at the Soviet embassy with top Cuban and Russian officials.

Apparently, the CIA might even have a tape of Oswald, who was incensed at American efforts to depose Castro, promising to kill Kennedy for revenge.

The tapes could also reveal that Oswald was a bona fide Cuban agent from as far back as 1959, when he was working on a military base in Southern California.

Oswald apparently boasted about his contacts to a fellow Marine whose evidence was dismissed.

Somehow the CIA/FBI failed to pick up that Oswald had ordered a mail-order rifle and that he was in the Dallas area with the president expected. There was obviously no surveillance leading up the dreadful events of November 22, 1963. Some have claimed that was a deliberate move by rogue CIA agents but that has never been proven.

The CIA seem, rightly, very nervous about the contents of the remaining files and as such, asked President Trump to hold back some documents.

Read More: What you should know about John F. Kennedy and his presidency

The hope is, of course, that the tapes and papers will lead to a much clearer sense of why the CIA never monitored Oswald when JFK was in Dallas. It seems like an incredible overnight and it led to the death of a president.

The truth about Kennedy’s death is that the Cubans and Russians wanted it to happen because of JFK’s hatred of Castro. Oswald was the willing patsy but the CIA should have intercepted him.

Hopefully, we will soon see all the files that will either confirm or deny this!

What are your thoughts on JFK's assassination? Do you think President Trump was correct in continuing to keep previously unreleased files from the public? Let us know your thoughts in the comments section, below.