“The Handover: Dublin Castle and the British withdrawal from Ireland, 1922” tells a relatively unfamiliar but hugely important story. 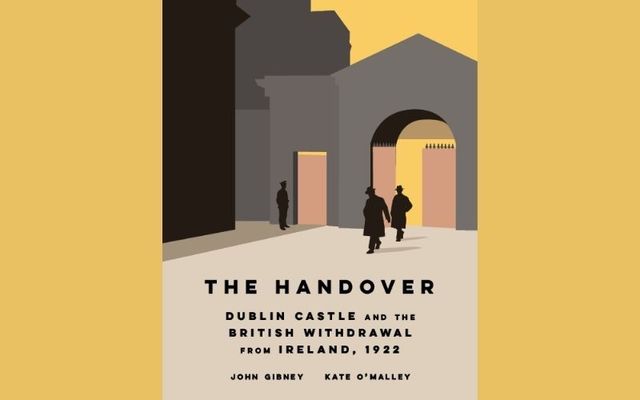 “The Handover: Dublin Castle and the British withdrawal from Ireland, 1922” is now available from the Royal Irish Academy.

Published this month, “The Handover” illustrates the 1922 handover of power by the outgoing British administration to the Provisional Government of Ireland led by Michael Collins in early 1922.

The handover fell between the Treaty split of January 1922 and the outbreak of the Civil War in June 1922 and is usually overshadowed by both. The book bridges this gap by telling a relatively unfamiliar but hugely important story.

The new book is authored by John Gibney and Kate O’Malley, historians and assistant editors with the Documents on Irish Foreign Policy series, a partnership project of the Royal Irish Academy, the Department of Foreign Affairs, and the National Archives.

O'Malley, a graduate of Trinity College, Dublin (BA, PhD), has written extensively on Indo-Irish relations, and her book Ireland, India and Empire was published by Manchester University Press in 2008. Her research interests encompass Irish diplomatic and political history, twentieth century Indian history, British imperial and Commonwealth history and British decolonisation. She is an occasional lecturer at Trinity College, Dublin as well as an Associate of the Centre for Contemporary Irish History. She has also taught at University College Dublin and at Queen's University, Belfast.

Gibney and O'Malley were recently featured on an episode of the History Ireland podcast, which you can listen to below. They were joined by Edward Madigan and Padraig Óg Ó Ruairc in a discussion led by host Tommy Graham that examined questions arising from the handover that occurred a century ago.