On This Day: The Irish Crown Jewels disappear from Dublin Castle in 1907

The Irish Crown Jewels disappeared from Dublin Castle on July 6, 1907, and have never been found. 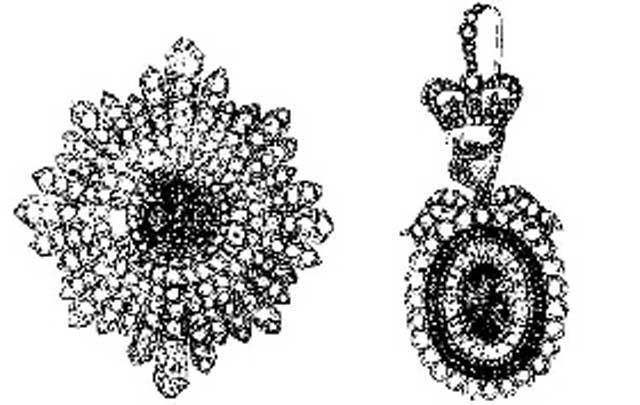 The Irish Crown Jewels were stolen from Dublin Castle on July 6, 1907 - they've never been recovered.

The Irish Crown Jewels were stolen from Dublin Castle on in 1907.  Valuing about $20 million today, the stolen gems have never been found. The crime remains one of Ireland’s greatest mysteries.

What are The Irish Crown Jewels?

Dublin Castle explains: "The Irish Crown Jewels were not linked to the monarchy, but to the Order of St Patrick, an elite aristocratic order founded in 1783 in the mold of the Order of the Garter in England or the Order of the Thistle in Scotland."

"The last knight of the Order of St Patrick died in 1974. The regalia were worn by the Grand Master of the Order – who was the Viceroy, the representative of British power in Ireland."

"At the time of the theft, the Viceroy was Joseph Gordon Campbell, Earl of Aberdeen. The jewels were housed in the Bedford Tower, in the Upper Castle Yard, where the Office of Arms was located. This office was responsible for genealogy and heraldry, as well as the safekeeping and care of the state regalia. The Ulster King of Arms, Sir Arthur Vicars, was the one responsible for the office."

The Irish Crown Jewels were kept in Dublin Castle where they were guarded by the Ulster King of Arms and his staff as well a 24-hour outdoor patrol of policemen and soldiers. In 1903, a safe room was installed in the castle, but it was only after it was built that it was discovered the safe which held the jewels was too large to fit in the doorway. Because of this, the safe would remain outside the strongroom in the library. 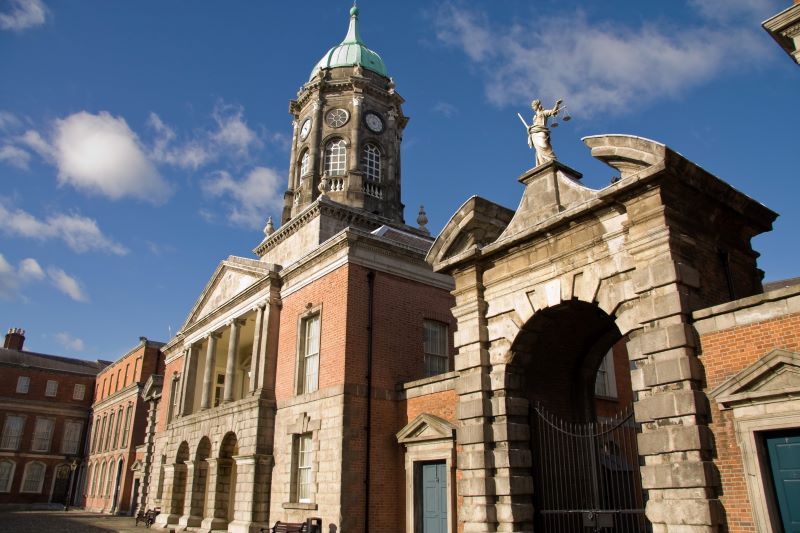 Seven latch keys to the door of the Office of Arms were held by its staff, but the two keys to the safe were kept by Sir Arthur Vicars, the Ulster King of Arms who was charged with protecting the jewels. He carried one of the keys on his person, while the other was kept in a locked drawer in a desk at his home.

However, Vicars was rather lax in his security. One story has it that after a night of drinking, he handed his keys over to his friends. The next morning he woke up draped in the country’s most valuable ornaments. And in May 1907, Vicars mistakenly left the first key to the safe attached to a key ring with his other office keys. The keys were discovered by a maid, who sent them to the Chief Herald’s office by way of a male servant.

On the morning of July 6, 1907, a cleaning woman assigned to Bedford Tower found the door to the safe-room standing wide open. The inner security door was bolted, but the keys, which also opened the library, had been left dangling in the lock.

Vicars was not alarmed at first. It wasn’t until later that afternoon when Vicars sent a messenger to the library to deposit the collar of a deceased knight in the safe that it was discovered the safe had been emptied and the Irish Crown Jewels were gone.

The jewels went missing just four days before King Edward VII and Queen Alexandra were expected to arrive for the Irish International Exhibition, at which it was planned to invest Bernard FitzPatrick, 2nd Baron Castletown into the Order. The king was furious about the theft, and the ceremony, which required the crown jewels, was canceled.

The Dublin Metropolitan Police conducted an investigation into the theft, but the crime has never been solved. There were strong indications that it was an inside job.

One of the first suspects was Sir Arthur Vicars, who was in possession of the keys to the safe. He denied that he committed the crime to his dying day and no hard evidence could be found to link him with the crime. However, he was still fired from his position at the behest of King Edward. In 1921, he was killed by members of the Irish Republican Army for being a royal informer.

Vicars’ assistant, Pierce O’Mahony, was also seen as a possible suspect, but most believe he was innocent of the crime. He would also meet with an unfortunate end — he was killed in 1914 in an accidental shooting.

Vicars’ second-in-command at the castle was Francis Shackleton, brother to the great explorer Ernest Shackleton. The young Shackleton was accused by several people, including Vicars, and is the man who most still believes was the true culprit. 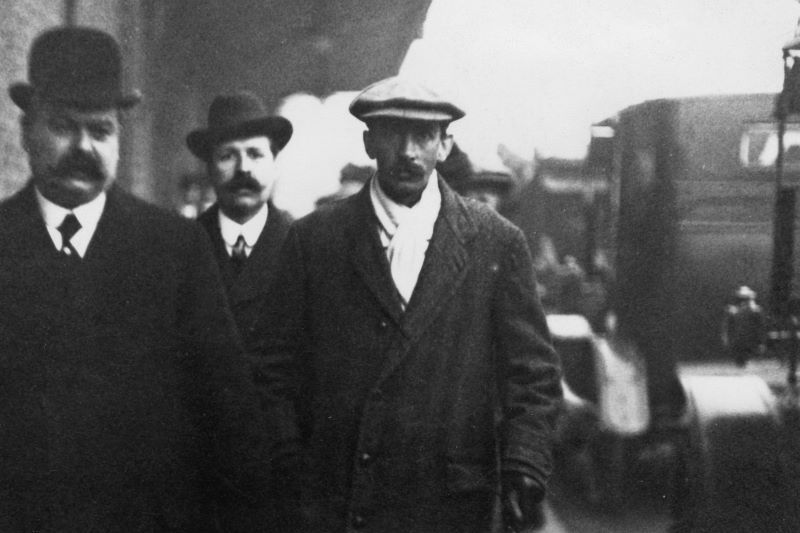 An article appeared in The Irish Times in 1968 that suggested that Shackleton, working in conjunction with Captain Richard Gorges, stole Vicars’ keys one night after Vicars had gotten drunk, removed the jewels, put everything back in its place, and returned the keys as if nothing had happened. However, Shackleton was never formally accused of the crime.

He was thrown in jail after being convicted of banking fraud in 1913. He changed his name and disappeared without a trace when he was released several years later.

A final suspect, who only came to light many years after the theft, was Francis Bennett Goldney.

Goldney was appointed Athlone Pursuivant at the Dublin Castle, something of a junior position to the Ulster King of Arms, just a few months before the crime. Although he had an opportunity to steal the jewels, many thought Goldney, an English gentleman, lacked motive. It wasn’t until after he died in 1918, in a car accident in France, that it was discovered he had a trove of stolen goods in his home. Still, there was no evidence that could connect him to the stolen crown jewels.

There is a belief that the investigation was unceremoniously dropped a few years after it started due to a deeper scandal that was uncovered and then hastily covered back up.

As for the jewels, they have most likely been broken apart and sold as individual pieces, sold to a wealthy collector, or hidden away somewhere that has been long forgotten.

You can learn more about the disappearance of the Irish Crown Jewels in this video from  Gerry Nelson on Vimeo.