The 2013 book "Rediscovering Saint Patrick: A New Theory of Origins" states that Ireland's patron saint was originally from Brittany, France. 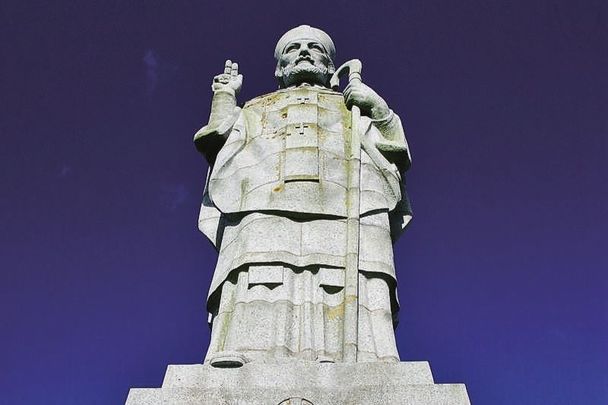 A book by an author based in Co Wicklow claims that St. Patrick was born in France and not Britain.

The book is the fruit of four years of extensive research in the search for evidence to support the claim that St. Patrick was originally from Brittany, France.

"Our traditional understanding of St Patrick's origins is wrong," he told the Irish Independent, in 2013.

Legend states that a man who brought Catholicism to Ireland was captured by pirates in Britain and sold into slavery in Ireland.

“At that time, this place was called Bonavenna de Tiberio. In St Patrick’s Confession, he tells us he was taken captive when Irish pirates attacked his father’s house at ‘Bannavem Tiburniae’ in Latin.”

“The names bear an uncanny resemblance and three other place names mentioned in St Patrick’s writings also tie in with areas around the Chateau de Bonaban.

Rev Losack said: "The established theory which most scholars accept is that he was taken captive from somewhere in Britain – some say Scotland, others Wales and others say south-west England. But there has never been any real evidence provided to support that tradition."

When he visited Chateau de Bonaban near St Malo in Brittany, the author learned the site upon which the chateau was built contained remains dating from the Roman era.

"At that time, this place was called Bonavenna de Tiberio. I was dumbfounded. In 'St Patrick's Confession' he told us he was taken captive when Irish pirates attacked his father's house at 'Bannavem Tiburniae' in Latin."

“What has been missing is really conclusive local evidence,” he explained

Rev. Losack called for an archaeological excavation to be carried out on the site.