With Paddy’s Day around the corner, now might be a good time to brush up on your Irishisms. Get your “Irish” on, so to speak. 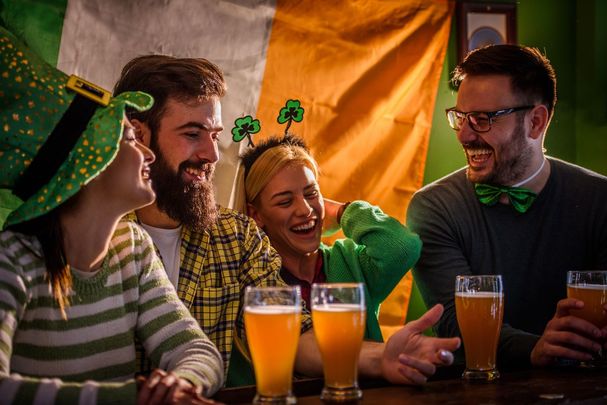 “No wonder that table’s bockety. Sure, isn’t one leg shorter?”... know your Irishisms for St. Patrick's Day. Getty Images

As the author of "The Little Book of Irishisms," Aimee Alexander will help you on your way by sharing five of her favorites.

Then let her save you from potential ridicule by warning you about 'Oirishisms,' words and expressions that people THINK we say but never actually do!

There are so many great Irish sayings it’s hard to pick favorites. Here is today’s attempt. Tomorrow, the list would probably be different.

Banjaxed means broken beyond repair. There’s no recovering from banjaxed – unless the word is referring to a person, in which case they will probably recover from their exhaustion or hangover. This fabulous word is dying out. Do your bit to keep it alive. Use it.

In a sentence: “Well, you’ve just gone and banjaxed that now.” Or simply: “I’m banjaxed.”

Begrudgery means resenting someone their success, a particularly Irish trait. If that someone makes the fatal mistake of “getting a swelled head” or “becoming too big for their boots,” we will happily “take them down a peg or two.” Encountering a celebrity, we are so desperate not to come across as sycophantic that we can end up being rude – as happened to me when I bumped into Matt Damon. Long story. Well, not that long. Due to the rudeness.

In a sentence (that will probably be ignored): “None of that begrudgery, now.”

Wobbly. Rickety. Unsteady. All perfectly fine words. But why use them when you could use “bockety” instead, an onomatopoeic beauty derived from the Irish word “bacach,” meaning lame.

In a sentence: “No wonder that table’s bockety. Sure, isn’t one leg shorter?”

In Ireland, if someone asks if you’ve “any craic” (and invariably someone will), they are not looking for illegal substances. They are asking if you’ve news. Depending on the context, “craic” can also mean “fun”. Just how important news and fun are to us is evidenced by how often we use the word “craic”. We even use it on its own. “Craic?” is shorthand for “What’s up?” If you really want to impress, ask, “Aon craic?” instead of, “Any craic?” (“Aon” is Irish for “any.” Pronounced: “ain”.)

In a sentence, meaning fun:

“Having the craic” is a very Irish aspiration.

To “fooster” is to fuss or bustle around in an agitated way. It comes from the Irish word “fústar” which means “bustle” or “fussy behavior.”

In a sentence: “He’s foostering around in there, looking for his keys.” 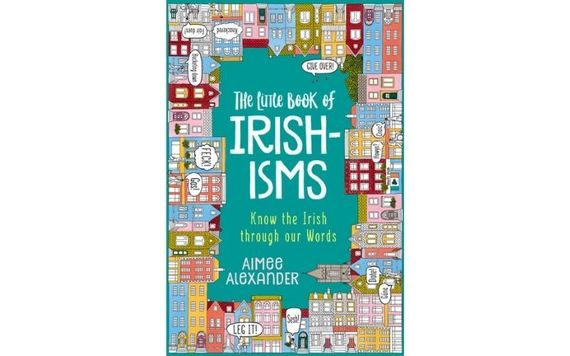 "The Little Book of Irishisms" by Aimee Alexander.

And now for some Oirishisms:

This is the name we give to things that people think we say but we never actually do. Avoid these “like the plague: unless you want to sound like a non-Irish person trying to sound Irish.

May the Road Rise With You

This is only ever said in the Irish language to wish someone luck. (“Go n-éirí an bóthar leat.”). We would never say it in English.

Top of the Morning to You

Only used by leprechauns.

Only heard in old Hollywood movies of Ireland. And let’s keep it that way.

We call the Irish language “Irish” not Gaelic.

And for those who’d like to sound Irish on the big day, The Little Book of Irishisms has a “rake of” handy tricks to Irishify your sentences, for example, inserting the word “fierce” in front of any noun makes it sound instantly Irish e.g. “He’s a fierce eejit (eejit = idiot).” For maximum Irishness, add “altogether” and you’re “away in a hack”, so to speak. “He’s a fierce eejit, altogether.”

Sometimes, Irishness comes from a unique, standalone word that is only used in Ireland e.g. "banjaxed." Sometimes it’s achieved by how a word is used in a sentence. “You’re grand,” can mean “No, thanks,” or “Don’t worry,” depending on the context. The book has a whole section on “grand.” There’s another on how to insult and compliment people the Irish way. That there are many more options for insulting speaks for itself. We have many words for rain for obvious – and depressing – reasons. I have also included common Irish names and how to pronounce them. Call it a public service.

The Little Book of Irishisms is available from Barnes and Noble online, The Book Depository, Amazon and can be ordered from bookstores.

*Aimee Alexander is the pen name of bestselling Irish novelist and screenwriter, Denise Deegan. From Cork, she lives in Dublin where she dreams of sunshine, a life without cooking and her novels being made into movies. The Little Book of Irishisms is illustrated by Denise’s daughter, Aimee Concannon.