For the Battle of Kinsale, the Spanish sailed to try to free Ireland from the British. On September 2, 1601, 33 ships sailed from Lisbon to Ireland. 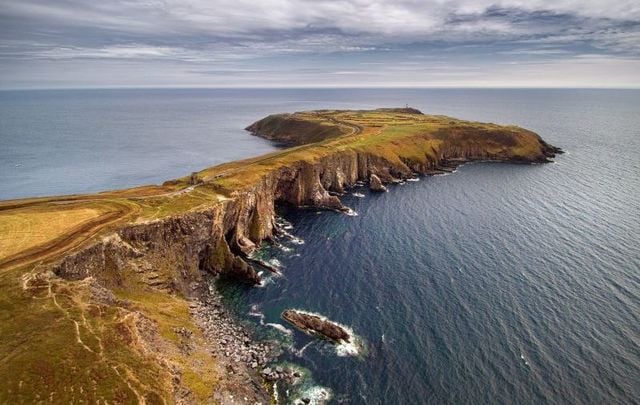 Throughout the history of British occupation, the Irish dreamed of rescue from either France or Spain, Catholic countries that were sworn enemies of the English.

One of the most famous songs of the period was “My Dark Rosaleen” which stood for Ireland. The first verse includes the line “And Spanish ale shall give you hope My Dark Rosaleen.”

The French intervention is well remembered in connection with the 1798 rebellion but the Spanish effort, less so. It also came close to a major victory with the Northern leaders Hugh O’Neill and Hugh O’Donnell coming to help. When the Spanish and Irish were defeated the “Flight of the Earls” began.

On September 2, 1601 thirty-three ships sailed from Lisbon to Ireland. In total there were 4,432 men under the leadership of the Don Juan del Águila and Francisco de Toledo Tercios. Del Águila held the supreme command of the expedition as its General Field Master. The aim was to take the port of Cork, the key southern port of the island, and hold for a larger Spanish landing.

A strong gale dispersed the fleet near the island of Ouessant. The admiral, Diego Brochero, managed to reach Kinsale on October 1 with the greater part of the vessels. Thus, most men were able to land on Irish soil, but eight or nine ships under Pedro de Zubiaur, along with 650 soldiers and most of the provisions, returned to Galicia.

As soon as they landed, the fleet returned to Spain in search of reinforcements. Juan del Águila stayed with 3,000 men isolated in Kinsale. Allied troops were far from the town and so they could only get 900 poorly armed rookies. He decided to fortify the camp and wait for reinforcements. At the entrance of the bay, he had built two forts: Castle Park and Ringcurran.

Read More: Where the Black Irish really came from and no, it wasn’t the Spanish Armada

An English army of 10,000 infantry, 600 horsemen and several cannons under the command of Charles Blount, VIII Baron of Mountjoy soon came. Additionally, a small fleet blockaded the harbor.

In November, Mountjoy ordered an attack on Kinsale. The British took the Ringcurran fort but were ultimately rejected. Soon after, Juan del Águila made an offer of surrender, which was rejected.

From the north of the island, Hugh O'Neill, Earl of Tyrone and Red Hugh O'Donnell, Lord of Tyrconnell headed toward Kinsale in command of 5,500 men. In Spain, Pedro de Zabiaur left port on December 7 in command of ten ships with 829 soldiers and abundant provisions and ammunition. But a new storm caused four ships to get lost. The rest managed to reach Castlehaven, about 48 km south of Kinsale on December 11.

Blount alerted to the presence of a new Spanish force in Ireland, sent a fleet of seven ships to Castlehaven. On December 16, after five hours of fighting, the English were only able to sink the galleon Maria Francisca and, unable to take the port, defended by a battery of five guns, fled the scene.

In the morning of that day, December 16, 1,500 men left Kinsale to try to break the siege. They managed to destroy twenty guns and kill more than seven hundred English, but they had to return to the city, unable to cross enemy lines. Spanish casualties were relatively low, which encouraged the troops.

After the victory against the English in Castlehaven, the nobles of the area swore allegiance to the King of Spain (then Philip III) and provided 550 infantry and a company of cavalry. In addition, the castles of Dunboy (near Castletownbere) and Donneshed (near Baltimore) were given to the Spanish forces.

The rebel army coming from the north finally managed to link with the Spanish, then decided to help Juan del Águila. But Zabiaur did not want to lose control of a number of places from Castlehaven to Baltimore that could be used for future landings. So he divided his troops, giving the Irish army 200 auxiliary infantry while he and the other men secured positions. So, just under 6,500 men set off for Kinsale.

At that time, the English army had been reduced to 8,000 men due to casualties caused by the Spanish, diseases, and desertions.

On January 3 the two armies met at Kinsale. The lack of coordination between the rescue army and the besieged, coupled with the disorganization of the Irish and the superiority of the English cavalry, turned the Battle of Kinsale into a major defeat for the Spanish-Irish coalition.

The Irish began the attack but were repulsed by the English. Under pressure from the English army, some Irish began to abandon the fight. After that, the English cavalry launched a counterattack, which drove them back and the Irish army fled. The cavalry then began to chase them, causing heavy casualties among the deserters. The intervention of the Spanish infantry prevented greater carnage at the expense of 90 deaths and 52 prisoners. Juan del Águila left the city with his men, but it was already late and they were rejected. In total, 1,200 Irish died at Kinsale.

On January 12, Juan del Águila surrendered. The terms of the surrender forced the Spanish to surrender their palaces and castles in Kinsale, Castlehaven, Dunboy, Donneshed and Donnelong (on the island of Sherkin). In return, the Spanish army (then reduced to 1,800 men) and all the Irish who so wished, would receive supplies and transport to return to Spain. Also, they would keep their weapons, flags, and money.

On January 14, just two days later, Martín de Vallecina arrived in Kinsale with reinforcements but returned to Spain as soon as he learned of the surrender.