In centuries past, Catholic traditions spurred Skelliking Day in the Munster region ahead of Lent. 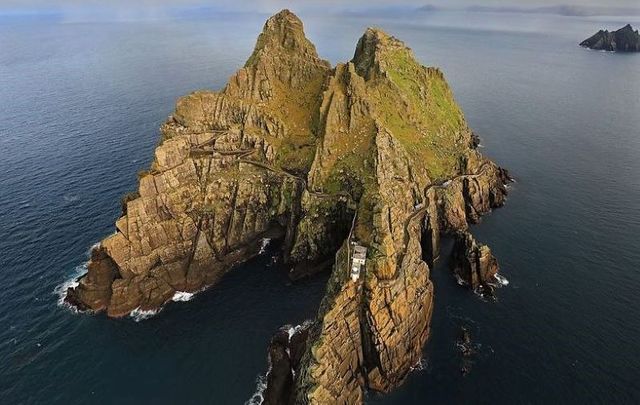 Skelliking Day featured debauchery before the Lenten season in Munster.

Skelliking Day, the last day before Lent, used to be marked by extreme debauchery in the Munster region of Ireland.

Skelliking Day, sometimes known as Skelliging or Skeleton Day, traditionally took place on Shrove Tuesday and is derived from a Catholic tradition that saw couples get married in the lead up to Lent since the period of fasting also meant abstention from sex.

Perhaps bizarrely, Skelling Michael off the coast of Co Kerry used to mark the beginning of Lent later than the rest of Ireland.

Shane Lehane for The Irish Times explains: “The whole of Ireland had initially used a different calculation table from the one adopted by Rome; it seems that, even though the rest of the country eventually conformed, Skellig Michael somehow maintained the older system.”

“Easter and Lent always fell later on Skellig than on the mainland, opening a window of opportunity for couples wishing to marry, and ingraining in the popular imagination the association between courtship, marriage and the Skellig Rock.”

According to an 1895 account: “All the marriageable young people, men, and women, in any parish, who are not gone over to the majority at Shrovetide, are said to be compelled to walk barefoot to the Skellig rocks, off the Kerry coast, on Shrove Tuesday night.”

The trip to Skellig Rock, similar to Carnival and Mardi Gras elsewhere, became characterized by a night of debauchery before the Lenten period.

Part of the tradition came to involve “Skellig lists,” poems that exposed what many people knew, but not many would say.

The “scandalous” poems were distributed around Munster prior to Shrove Tuesday “pairing together and listing the virtues (and otherwise) of various men and women in a locality who 4supposedly wanted to go to Skellig to marry.”

“The Skellig lists were in addition a violent, emotional affront aimed at single men and women and their unmarried state. They were, in this manner, marked out as unproductive and a hindrance to the system of procreation and the continuity of human life.”

Pádraig Ó Maoláin told Yay Cork: “In earlier times when religious practice was stronger, couples were required to marry before the beginning of Lent.”

“In Cobh and elsewhere, singletons were considered to be negligent and were encouraged to ‘match up’ before the deadline. The term ‘Skelliging’ comes from the belief that couples could still get married beyond the deadline if they got married on Skellig Michael (Scellig Mhichíl).”

“Skelliging Day was the day when bachelors and spinsters were named as couples and coaxed together. They were named publicly in the form of poems, notices and posters ‘announcing’ the forthcoming nuptials of the shy couple.”

While the tradition has not surprisingly died out, it used to until very recently still be marked, albeit in a far tamer manner, in Co Cork.

Lehane writes: “Every Shrove Tuesday until very recently, in the Co Cork towns of Blarney and Cobh, the girls’ school would close about an hour before the boys’, to give the girls a chance to get home safely. Sometimes you’d even see the local Garda sergeant making himself conspicuous at the school gates, in an attempt to temper the chaos that was about to unfold.”

“The boys had free license to chase the girls, corral them with ropes, tie them up and eventually douse them with water.”