Did a secret map take down 17th century pirates of Ireland’s coast? 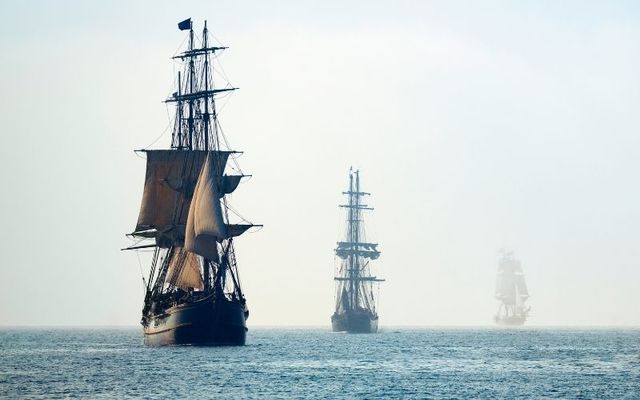 Pirates set up camp in southwest Ireland in the early 1600s. Getty

A secret map of Ireland's coastline played a crucial role in taking down a powerful alliance of pirates that had based itself in the southwest of Ireland in the 17th century.

The map, drawn by Dutch cartographers and hydrographers in 1612, charted secret pirate locations, shoreline features, and cultural landmarks and led to the demise of a coalition of pirates that had become almost unstoppable in the North Atlantic Ocean.

Known as a leeskarte, the map guided a strong Dutch naval fleet into secret pirate bases in Irish waters, enabling the Dutch to launch devastating surprise attacks on the unsuspecting pirates in 1614.

The story of the leeskarte starts in 1604, ten years before the Dutch effectively wiped out the pirate alliance in south-west Ireland and the story starts, not with the Dutch, but with the English King James I.

King James I banned the English naval tradition of privateering in 1604 in a peace agreement with Spain; a tradition that enabled mariners to attack merchant ships from enemy countries on behalf of the British Crown. The privateers were allowed to plunder the merchant ships and keep some of the loot for themselves after they had donated some of the spoils to the Crown.

Thus, when the practice was banned by the King, many privateers inevitably turned to a life of piracy, Connie Kelleher of Ireland's National Monument Service told atlasobscura.com.

Kelleher estimates that up to 1,000 former privateers set up camp in the coastal towns of Baltimore, Crookhaven, and Leamcon in West Cork because the rugged Atlantic coast of Ireland offered harbors, inlets, and islands - ideal for fast escapes and secret hideouts.

The towns also served as a perfect launchpad to attack ships crossing the North Atlantic Ocean, she said.

Numbers swelled as news of the pirates' success spread around Europe and soon pirates from as far as the Netherlands and North Africa had migrated to Ireland's southwest coast.

At its peak, the pirate alliance in West Cork boasted up to 500 ships and 72 captains, Kelleher told Atlas Obscura.

"The majority of the pirates considered themselves to be honorable men who remained loyal to the English Crown, in spite of their treatment by James I," Kelleher said in an interview with Atlas Obscura.

As a result, most pirates avoided attacking British Navy ships and instead focused on the naval fleets of Spain, Portugal, and the Netherlands, three of England's enemies in the 17th century.

The Dutch became tired of the frequent attacks and asked King James 1 for permission to enter Irish waters and deal with the pirates themselves. The English King agreed on the condition that the pirates were brought in alive and so the Dutch set about charting a course for West Cork.

Dutch hydrographer Hessel Gerritszoon was tasked with mapping Ireland's coastline and he drafted in English cartographer John Hunt to assist in the drawing of the "pirate coast" in the southwest.

Gerritszoon and Hunt set about mapping the Irish coast in secret so as not to tip off the pirates and Kelleher said that they included absolutely any detail that could have been spotted from the sea.

"Though we don’t know how much first-hand knowledge Gerritszoon and Hunt had in advance of drafting the leeskarte, they would have incorporated details solicited from a trusted network of cartographers, sailors, and explorers with contemporary knowledge of Ireland," she said.

The finished leeskarte was a complete map of the Irish coastline along with four additional detailed charts, including an extremely detailed map of the southwest coast.

The leeskarte includes everything from harbor depth to fortifications and even includes secret pirate hideouts.

Kelleher hopes that the map, which is now housed at the University of Göttingen in Germany, will lead to the discovery of previously undiscovered pirate hideouts throughout Ireland.

"It is a type of ‘treasure map’ informing on the heritage within the landscape at the time,” she says, “which could potentially help us identify other pirate-related locations, including archaeological sites," she told Atlas Obscura.

In any case, the leeskarte guided the Dutch into the harbor of Crookhaven in 1614, enabling them to catch the pirates by surprise and launch a vicious and unforgiving attack.

More than 30 pirates were killed, despite King James' condition that the pirates be brought back alive, and the Dutch also raided and burned a 180-ton ship.

"They went too far in their attack, as they were commissioned by James I to capture the pirates alive," Kelleher said.

"They ignored this and essentially ‘turned pirate’ themselves, attacking pirate and non-pirate alike in what turned into a massacre."

The attack was a serious blow to the pirate alliance and, soon after, the British Crown passed legislation that allowed pirates to be tried and executed in Ireland, while the British Navy also began to build itself up to a strength that could easily deal with pirate forces.

Many pirates appealed to King James I for pardons and he agreed, allowing pirates to keep their freedom (and their loot) in return for walking away from the life of piracy and most had taken this option by 1616.

The remaining pirates chose to move elsewhere with little prospects of success in Ireland.