Search for Sir Ernest Shackleton's Endurance to begin next month

Endurance was one of two ships used by the imperial Trans-Antarctic expedition but sank after becoming stuck on pack ice on the Weddell Sea. 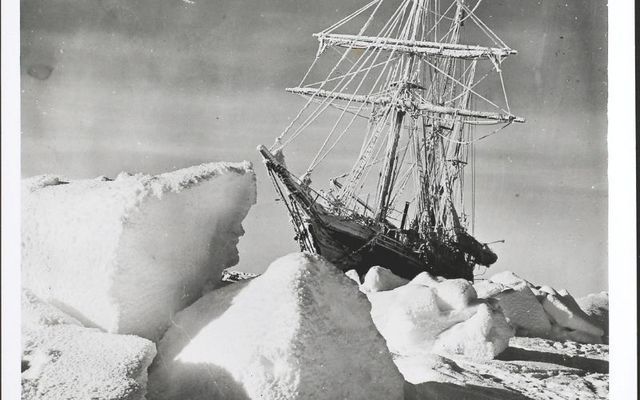 The search for the wreck of Sir Ernest Shackleton's Endurance is set to begin from Cape Town, South Africa, on February 5.

Endurance was one of two ships used by the imperial Trans-Antarctic expedition, led by legendary Irish explorer Ernest Shackleton, which hoped to complete the first land crossing of the Antarctic.

The 144-foot-long, three-masted schooner was sturdily built for expeditions during polar winters but became stuck in pack ice on the Weddell Sea while attempting to land at Vahsel Bay on January 18, 1915.

The vessel and its 28-man crew remained stuck in the pack ice for many months until the ship was steadily crushed by the ice following a huge drop in temperatures in late October. The ship finally sank on November 21, 1915, prompting Shackleton and his crew to make their way across the ice to Elephant Island.

Shackleton and a five-man crew, including famous Irish explorer Tom Crean, sailed for South Georgia in an open boat and returned to rescue the rest of his men on board the steam tug Yelcho, which they secured on loan from the Chilean Navy.

The Falklands Maritime Heritage Trust is now set to launch the Endurance22 expedition on February 5. The expedition was announced on January 5 to mark the 100th-anniversary of Shackleton's death.

The expedition will be carrying the research vessel SA Agulhas II, which will voyage to the Weddell Sea and non-intrusively film the wreckage of the Endurance using underwater search robots.

The research vessel took part in a 2019 effort to locate the wreckage and succeeded in reaching the rough location of the wreck but did not locate it.

The expedition will also include live streaming and podcasting from ice camps, which will be available online, according to British historian Dan Snow, the creative director of media service History Hit.

History Hit has teamed up with the Falklands Maritime Heritage Trust ahead of the expedition and will be airing documentary footage from the expedition on digital channels and social media platforms, Snow told the Daily Mail.

"The hunt for Shackleton’s wreck will be the biggest story in the world of history in 2022," Snow said.

Maritime archaeologist Mensun Bound, who serves as Endurance22's director of exploration, described Shackleton as an explorer "who epitomized the golden age of Antarctic exploration".

"One hundred years to the day since the death of Shackleton, it is unbelievable to announce that we will soon be embarking on a modern-day expedition to locate the wreck of Endurance," he told the Daily Mail.