Archaeologists plan to recover ship, Shackleton’s Endurance from Antarctic 106 years after it sank

Endurance was one of two ships used by Shackleton's Imperial Trans-Antarctic expedition of 1914-1917, which attempted to make the first land crossing of the Antarctic continent. 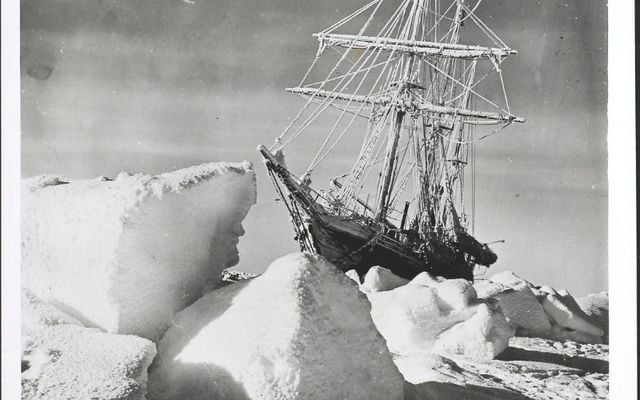 Endurance trapped in pack ice in the Weddell Sea in 1915. Getty

A group of maritime archaeologists plans to undertake an expedition to the Antarctic to recover the wreck of Sir Ernest Shackleton's Endurance, which sank 106 years ago after becoming trapped in pack ice.

Endurance was one of two ships used by Shackleton's Imperial Trans-Antarctic expedition of 1914-1917, which attempted to make the first land crossing of the Antarctic continent.

The vessel measured 144 feet in length and carried a crew of 28 men when it became stuck in pack ice on the Weddell Sea while attempting to land at Vahsel Bay on January 18, 1915.

The ship and her crew would remain stuck in the pack ice for several months before temperatures plummeted to -14F in October, causing the pack ice to gradually crush the stranded vessel.

By this time, the ship's crew had evacuated to nearby Elephant Island and remained there while Shackleton and a small crew of five others set off on an open boat to South Georgia in search of help.

Shackleton returned to rescue the men on August 30, 1916, on board the steamboat Yelcho, which he had borrowed from the Chilean Navy.

Now, a group of maritime archaeologists hopes to recover Endurance 106 years after the vessel sank to the depths of the Weddell Sea.

The Falklands Maritime Heritage Trust plans to undertake the expedition to the sunken vessel in February next year, pending approval from the British authorities.

The Endurance22 mission plans to set sail from Cape Town on board the polar research vessel SA Agulhas II in February 2022.

SA Agulhas II took part in a previous attempt to uncover the rough location of the wreckage in 2019 but was unsuccessful in locating the ship.

Mensun Bound, the Endurance22's director of exploration and maritime archaeologist, told the Daily Mail that the prospect of locating the wreckage is "immensely exciting".

"Given the harshness of the Antarctic environment, there are no guarantees of success, but we remain inspired by the great Antarctic explorers and embark on Endurance22 with high hopes," Bound told the Daily Mail.

An international team of maritime experts, environmental experts, and engineers will make up the crew on the Endurance22 expedition.