1847, the worst year of the Irish Famine was the year that Ireland changed America. 2022 marks its 175th anniversary. 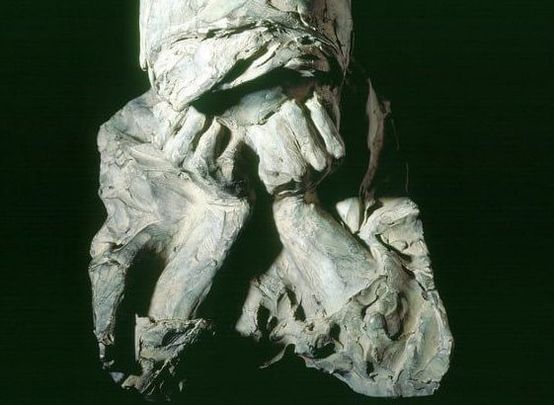 Amid America’s struggles to properly understand and teach its history, Ireland’s Great Hunger Museum in Hamden, Connecticut, offers a crucial chapter of the narrative.

The museum’s art collection highlights the disruptions of refugees from Ireland in the mid-19th century and their contributions and those of their descendants as central to the transformation of America ever since. Ireland’s Great Hunger Museum is more than a collection of art and artifacts paying tribute to the victims and their suffering.

The unique exhibition holds a mirror to today’s society and forces us to ask uncomfortable questions – such as, why is this still happening? The death and migration of millions is considered the greatest disaster in 19th-century Europe and has recurred in countless nations since. 2022 marks the 175th anniversary of 1847, known as Black ’47 to people of Irish descent. In 1847, the country was depopulated by starvation and emigration; more than one million died and two million fled, mostly to North America.

Many died on board “coffin ships,” but those who survived struggled against poverty, violence, and discrimination. Why, 175 years after Black ’47, is the world still facing food insecurity, epidemics, famine, and refugee crisis after refugee crisis? Of the 26 million refugees worldwide, 13 million are children.

What can we do – as individuals, educators, artists, activists, and fellow human beings – to stop this suffering? What lessons can we learn from Ireland’s Great Hunger? Ireland’s Great Hunger Museum is not about the suffering of one people at one moment in history. The mission of a commemorative museum is to teach the lessons that come from facing tragedy and to create a safe place to engage the mind and the heart of the viewer.

Without the empathy that comes from such encounters, the legacy of the Great Hunger remains in the tragic past with no appreciation for how its surviving legacy benefits the America it helped change. Join our efforts to partner with Quinnipiac University and reopen Ireland’s Great Hunger Museum.