JFK made the prediction about his reputation privately to his wife Jackie. 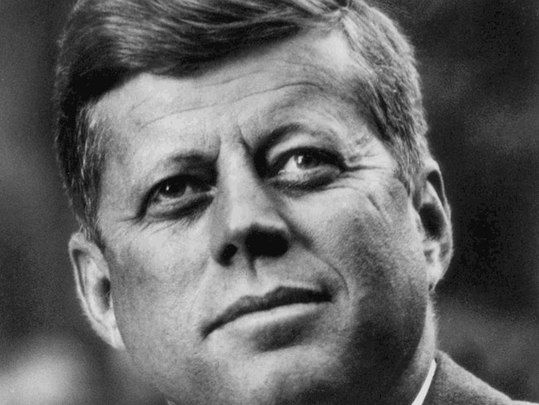 Did JFK tell Jackie that he was going to be assassinated?

Here we look at claims Kennedy predicted he would be assassinated. For more on JFK and the Kennedy family, you can visit our special topic page.

President John F. Kennedy’s secret interviews with his wife claim he warned his assassination would safeguard his legacy around a year before his death.

JFK made the prediction about his reputation privately to his wife Jackie Kennedy.

“(JFK) said to Mrs. Kennedy after his success in the Cuban Missile Crisis: ’If anyone’s going to kill me, it should happen now,”’ Professor Dallek said.

Dallek said JFK had been told by a historian that Abraham Lincoln’s legacy may not have been as great if he had lived longer.

“He had heard a lecture at the White House by distinguished historian David Herbert Donald, a Lincoln, Civil War expert,” Prof. Dallek said.

“At that lecture, Kennedy asked Professor Donald if Lincoln had lived, would his reputation be as great as it currently is in the United States? And predictably, Donald said probably not because he would have had to have wrestled with the problems of reconstruction, the post-Civil War era.

“And Kennedy remembering that said to Mrs. Kennedy after his success in the Cuban Missile Crisis, if anyone’s going to kill me, it should happen now."

The democratic president JFK was shot on November 22, 1963, as his open-top motorcade traveled through Dallas, Texas.

After his death, his wife gave seven undisclosed interviews during which she spoke about her husband’s involvement in the Cuban Missile Crisis; her role as First Lady; the president's plan for a second term and family and married life in the White House.

To mark the 50th anniversary of the Kennedy administration, the family released both the interview transcripts and the original audio recordings.