The new @JohnFKennedy Twitter handle is being used to show that "The words of a president count." 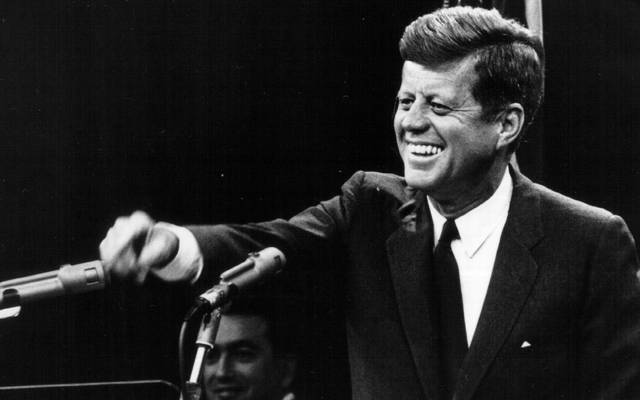 Is the new @JohnFKennedy calling out President Donald Trump? The Twitter account will be posting JFK quotes for the coming year.

The JFK Library Foundation has established a new project which they say will show "The words of a president count." The @JohnFKennedy Twitter handle has been launched as part of a new project they call "Words Count," which will take quotes from the 35th President to tweet out through winter 2019.

“There are many things that President Kennedy said on a variety of issues that affected domestic and international concerns that are as relevant in today’s world as they were in the early ’60s,” said Steven Rothstein, executive director at the John F. Kennedy Library Foundation.

"Those of us who hold high office and high responsibilities are subject to all of the scrutiny... which comes from a free press and a free people..." https://t.co/zvLlPySZdb pic.twitter.com/Cqj3mGlcXq

Kennedy's presidency took place in a time well before Twitter could be used as a medium for a President to reach his voters but the Library now hopes to pass on the oratory of the first Irish Catholic US President to a new generation through the popular platform.

“Our problem won’t be not enough — it’s that there are so many inspirational things the president said. It’s choosing which inspirational element to use,” Rothstein added.
Some commented that the new project could take a swipe at the current US President, who is well known and often condemned for his own Twitter antics but the Library is remaining hush on whether a hit on Donald Trump was the intention.

Read more: Footage of JFK on his historic trip to Ireland in June 1963

"If more politicians knew poetry and more poets knew politics, I am convinced the world would be a little better place in which to live." #NationalPoetryDay #ThursdayThoughts— John F. Kennedy (@JohnFKennedy) October 4, 2018

“We’re really letting people draw their own conclusion of what they think,” Rothstein said. “We want them to be inspired by the big ideas that John Kennedy said.”

Twitter users have pointed to the poignancy of the quotes being used, however, including one about the free press: “And so it is to the printing press — to the recorder of man’s deeds, the keeper of his conscience, the courier of his news — that we look for strength and assistance, confident that with your help man will be what he was born to be: free and independent.”

"And so it is to the printing press--to the recorder of man's deeds, the keeper of his conscience, the courier of his news--that we look for strength and assistance, confident that with your help man will be what he was born to be: free and independent."— John F. Kennedy (@JohnFKennedy) October 29, 2018

Other quotes include one on immigration —“Everywhere immigrants have enriched and strengthened the fabric of American life”—and on poverty—“If a free society cannot help the many who are poor, it cannot save the few who are rich.”