Documents show JFK death due to incompetence by FBI, CIA

In the countdown to the anniversary of JFK's assassination on November 22, 1963, we look at the events surrounding his death. including the investigation into the crime. Lee Harvey Oswald should have been under surveillance. John F Kennedy’s assassination could have been stopped. 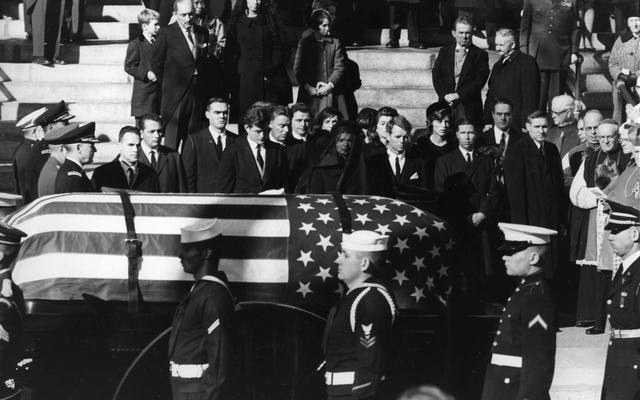 On October 26, 2017, tens of thousands of pages of long-classified, assassination-related documents from the National Archives were released, supposedly the last of the government’s secret files on Kennedy’s murder. Their contents showed massive incompetence on the side of the FBI and CIA but also confirmed some long believes conspiracy theories.

Two days after the assassination of Lee Harvey Oswald by Jack Ruby, Federal Bureau of Investigation (FBI) Director J. Edgar Hoover issued a strong plea to the Justice Department that there be no independent investigation into the death of President John F Kennedy.

Hoover knew that if the FBI and the Central Intelligence Agency (CIA) had done their job Kennedy would never have been shot. Hoover succeeded in claiming national security concerns were at stake and he never told the true story, even under oath to the Warren Report.

That story was that due to the utter incompetence of the FBI and CIA Kennedy had lost his life in Dallas.

The documents show Oswald was immediately portrayed by them as a lone wolf, a loner who could never have been identified.

It was all poppycock. Oswald had been under very direct and aggressive surveillance in the months before the assassination and both the FBI and CIA knew all about his ties to Cuba and Russia. They had been watching him since 1959.

If you were asked to name the top three enemies of JFK, in 1963, they would have been Cuba, where JFK was trying to kill Castro, Russia, which had just climbed down from a potential nuclear war, and Oswald, filled with hate for Kennedy and recorded on a wiretap by the FBI threatening to kill JFK.

Yet Oswald was able to get a job in the Texas Book Depository on the Kennedy motorcade route two weeks before he killed Kennedy, a fact seemingly missed by the intelligence agencies.

Of all the people likely to shoot Kennedy in Dallas that November day Lee Harvey Oswald was definitely the top name.

Into the bargain, he was a Marxist, a marine sharpshooter who had purchased a rifle by mail order and even had pictures of himself taken with it and he was considered mentally unstable in intelligence reports.

How he wasn’t under surveillance that day is mind-boggling to contemplate.

Yet neither the FBI nor CIA surveillance of him revealed he had got a job in a building along the JFK motorcade route and was in that building on the day of the president’s visit.

The FBI and CIA apparently never asked the question: 'Where is Lee Harvey Oswald this day of the president’s visit?'

Kennedy was betrayed by desperately poor intelligence work and the FBI and CIA knew it as the new documents make clear.

As writer Philip Shenon, author of "A Cruel and Shocking Act: The Secret History of the Kennedy Assassination," wrote the FBI cover-up began right away with the agents ordered to destroy a note that Oswald  himself had delivered to the FBI office in Dallas threatening violence if they did not cease their surveillance of him. He was such an obvious target for surveillance that the cover-up goes on today with the Trump administration pulling most of the evidence at the last moment for “national security reasons.”

What national security reasons could there be for a killing now almost 54 years old – other than to keep the lid on how the agencies responsible for American security acted like the Keystone Cops before and during Kennedy’s visit.

One subsequent FBI Director, however, told the truth. In his memoirs, Clarence Kelley stated bluntly Kennedy should not have died that dreadful day.

The evidence gathered by the CIA and FBI should have put his name in “red lights” as the major threat to Kennedy, he argued.  Kelley wrote that if the FBI and CIA had done their job “without doubt JFK would not have died in Dallas and history would have taken a different turn.”

Related: Republicans, The Kennedys, US Politics