Archive footage from Paddy Reilly's bar in New York in 1988 shows why their Thursday night trad sessions meant so much to the Irish community living in America. 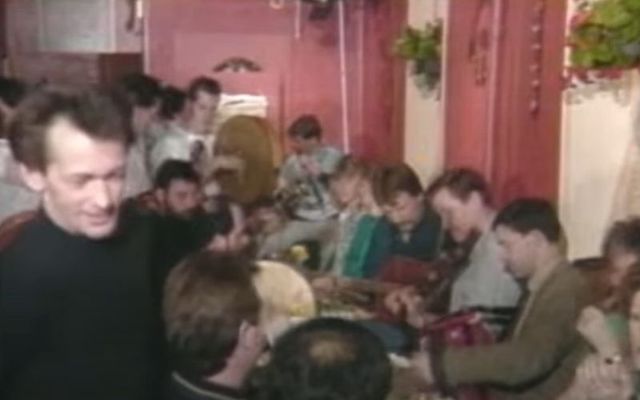 Check out this 1988 footage from a popular Irish bar in New York that held trad sessions every week for the Irish community.

Walking into Paddy Reilly's bar on a Thursday evening in 1988 you would be forgiven for mistaking it for a watering hole in Ireland, instead, this popular Irish bar was located in the heart of New York City.

During a St. Patrick's Day special from RTÉ's program "Evening Extra" in 1988, presenter Shay Healy visited Paddy Reilly's bar on the corner of 28th and 2nd Avenue in Manhattan.

The Irish pub’s Thursday night traditional music sessions were very popular with Irish ex-pats, who tell Healy how much culture and tradition mean to you when you emigrate.

"It gave me something I missed from home. It has good sessions here, the craic is good and you meet a lot of people...It's good fun but I think they're also hanging on to their own traditions, and hanging on to what Ireland means to them because when you come away from home your traditions mean a lot," explains one customer.

Healy talks to the bar’s manager, Stevie Duggan, a well-known Gaelic footballer who has been in New York for four and a half years. The traditional music sessions were his idea, as he has some very good musician friends from County Kerry and County Mayo.

They started three months ago, and have “become one of the best seisiúns in the United States”.

Duggan explains that they advertise the sessions in The Irish Echo and Irish Voice (IrishCentral's sister publication) and they have gotten visitors from all over New York arriving at the pub on a Thursday night.

"People realize here [in New York] that they're mixed with so many different cultures that their own culture becomes prominent in their own minds and then they grasp on to the Irish music... they realize that this is our identity," says one young Irish man.