Notre Dame used to have Irish Terriers as their mascots

The Notre Dame Leprechaun is once again brewing controversy, so here's a look back to a perhaps less "offensive" mascot - the Irish Terrier! 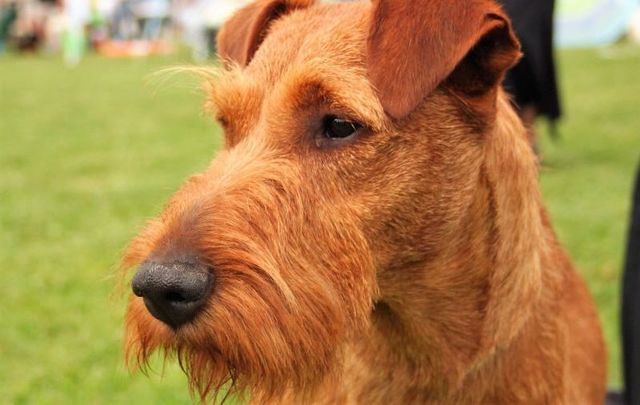 As controversy once again brews over Notre Dame's divisive Fighting Irish Leprechaun mascot, it is fitting to remember a rather more wholesome mascot that encouraged Notre Dame teams in the first half of the 20th century.

According to researcher Marge Andre, the first Irish Terrier to serve as a mascot at the University of Notre Dame was Tipperary Terrence, who was presented to legendary UND football coach Knute K. Rockne in January 1924.

Sadly, Tipperary Terence was hit by a car and died not long after becoming mascot, giving way to his successor, the aptly named Tipperary Terrence II. 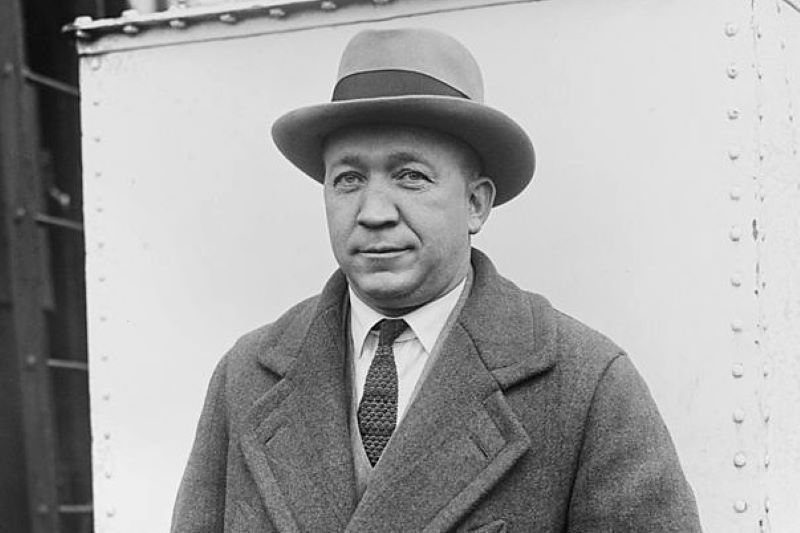 Tipperary Terence II arrived just in time for Notre Dame's compelling 13-7 victory over the Army Cadets in New York on October 18, 1924, and the legend of the Irish terrier was born.

"Terry" was present at Notre Dame's emphatic victory against Stanford at the Rose Bowl on New Year's Day, 1925, and witnessed three more championship victories in Rockne's last six years at the college.

The tradition of Notre Dame's Irish Terrier continued after Tipperary Terrence. According to Notre Dame Archives, Charles Otis donated Brick Top Shaun Rhue (“Old Red”) to the university - the Irish Terrier was presented to Football Coach Heartley “Hunk” Anderson during the Navy game, which was played in Otis’s hometown of Cleveland on November 19, 1932.

The dog enjoyed a perfect start, witnessing a 60-20 victory over the University of Pennsylvania. However, that was as good as it got for Brick Top Shaun-Rhue, who disappeared in 1933 with Notre Dame struggling with a 3-5-1 record.

#TBT On November 19, 1932, Charles Otis donates an Irish Terrier named Brick Top Shaun Rhue as a mascot for the football team. Shaun Rhue (Irish for “Old Red”) proves a bit of a rambler and disappears from campus altogether the following spring! pic.twitter.com/OA0OQ3Dl2Y

"It is thought that [Shaun Rhue] simply ran away from campus in the spring of 1933," Notre Dame Archives reports. "If so, Shaun Rhue may have never graced the sidelines of Notre Dame Stadium, but the idea of Irish Terriers as Notre Dame’s mascot would persist."

In the fall of 1935, William Butler presented Notre Dame with another Irish Terrier, Clashmore Mike, who would remain at Notre Dame for ten years and garner much publicity.

Clashmore Mike posed for photographs in newspapers and football programs and even had his own sports column in gameday programs.

In fact, every home football program at Notre Dame between 1936 and 1949 featured some sort of photograph, cartoon, or drawing of the Irish terrier mascot as his legend grew.

In a testament to the dog's stature, he was buried underneath the Notre Dame stadium when he died.

Clashmore Mike also witnessed a period of incredible success during his time at Notre Dame and was present for two of the five National Championships won by legendary coach Frank Leahy.

Leahy reportedly used the terriers to his advantage, training them to run on the field of play to delay a game and earn his team an unofficial timeout.

While Notre Dame endured a fallow period following Leahy's retirement in 1953, the college brought Oklahoma's record-breaking 49-game unbeaten run to a shuddering halt in 1957 with a new Clashmore Mike in attendance.

Notre Dame's Irish terrier mascots arguably saved the best until last, signing off as the college's official mascot following Notre Dame's 51-0 slaughtering of the USC Trojans in the 1966 championship game.

Ara Parseghian's team, who also won a championship in 1964, is widely regarded as one of the greatest college teams of all time. What better way for the college's former lucky charm to sign off?

According to Notre Dame, the Clashmore Mike mascot last made an appearance on the cover of the 1963 Notre Dame Football Dope Book with coach Hugh Devore and captain Bob Lehmann.

In 1965, however, the University switched gears as the Fighting Irish Leprechaun was named the official mascot, which continues today.