"Something Bigger" by Roscommon native Sheila Killian tells the story of Father Jimmy Coyle, an Irish priest who was murdered by a member of the KKK in Alabama 100 years ago this coming August. 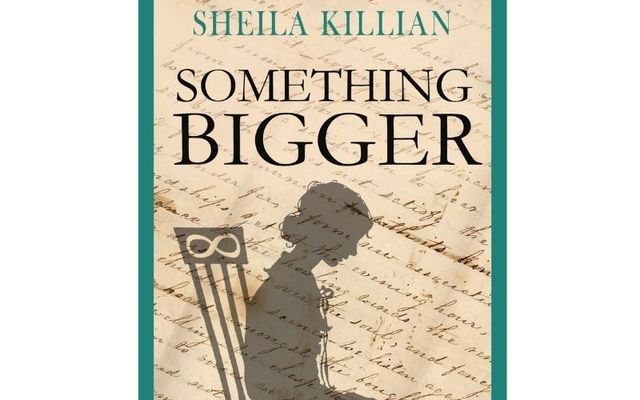 A new book exploring the life of an Irish priest who was murdered by the KKK in Alabama in the early 20th century is set to hit bookshelves at the end of the month.

"Something Bigger" by Roscommon native Sheila Killian tells the story of Father Jimmy Coyle, an Irish priest who was murdered by a member of the KKK in Alabama 100 years ago this coming August.

Killian, who is Fr. Coyle's great-grandniece, tells the Irish priest's story through the eyes of his 14-year-old sister Marcella, who left Ireland to join her brother in the Deep South.

Marcella struggles to understand her outspoken brother and his perilous manner of seeing everyone as a friend, making him a target of the KKK. She also struggles to come to terms with the rising bigotry and hatred in the Deep South, giving rise to the re-emergence of the KKK and eventually leading to her brother's death on August 11, 1921, outside a cathedral in Birmingham.

Fr. Coyle was shot in the head by E. R. Stephenson, a Southern Methodist Episcopal minister and member of the KKK, just hours after he had performed a secret wedding ceremony for Stephenson's daughter Ruth and a Puerto Rican immigrant.

Killian said that she chose to tell the story from Marcella's point of view as that was where she heard the story first.

While the book is a historical fiction novel, Killian said that she researched "extensively" over several years.

"This is fiction after all, and for a while, I over-researched the story, looking at all the online archives and the material in the library in Birmingham."

Killian said that she "grew up" with Marcella, who was like a grandmother to her.

"She told us lots of stories when we were small, most read from books, but she told the story of real-life as well. Jimmy's picture hung on the wall in our house, and Marcella spoke of him a lot."

The book has received widespread critical acclaim from best-selling Irish authors, including novelist Roisín Meaney, who descrebed the book as "one heck of an impressive debut".

"With a most appealing protagonist and a deft literary talent, Sheila Killian brings us a story to make us cry and make us think," said best-selling Irish novelist Liz Nugent.

"Something Bigger" is available to pre-order from several major booksellers and will be released on July 20, 2021.