When nationalists burned down an Irish castle during IRA hunger strikes

A group of four men doused petrol over the main rooms of Killeen Castle in County Meath in the early hours of the morning on May 16, 1981, to highlight the cause of Bobby Sands and other republican prisoners at Long Kesh Prison. 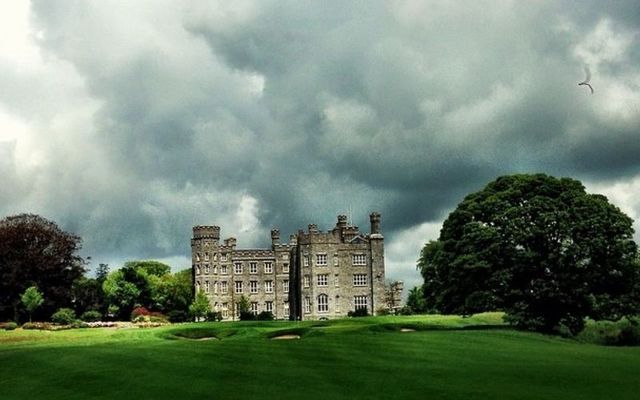 Almost 40 years ago to the day, a small of republican sympathizers set an Irish castle alight to highlight the IRA hunger strikes at Long Kesh Prison in Northern Ireland during the Troubles.

A group of four men doused petrol over the main rooms of Killeen Castle in County Meath in the early hours of the morning on May 16, 1981, to highlight the cause of Bobby Sands and other republican prisoners at Long Kesh as they campaigned for political prisoner status. Sands had died just 11 days previously, while Francis Hughes died on May 12.

One of the four men convicted of the crime said that the group had burned the castle to highlight the prisoner's plight during the hunger strikes.

The hunger strikes were a culmination of a five-year protest by nationalist prisoners in the notorious H-Block of Long Kesh Prison as they campaigned for special category status for paramilitary prisoners. Sands was elected as a British MP for the Fermanagh and South Tyrone constituency while on hunger strike, while the protest also proved to be the driving force that converted Sinn Féin into a mainstream political party.

Fortunately, the Brindley family, who owned the castle at the time, were not present when the castle was set ablaze because they lived in the manager's house on the Killeen Castle estate.

The fire was first spotted by Brother O'Reilly of the Salesian Order of Warrenstown College while he was locking up a local disco. O'Reilly initially mistook the blaze for floodlights because the Killeen Castle grounds had been housed an event the week previously.

When he realized that the castle was on fire, he alerted the emergency services, prompting a rapid response from fire brigades in Drogheda, Navan, Dunshaughlin, Kells, and Trim. The emergency services had the blaze under control by daybreak on May 16, but they couldn't prevent significant damage to the interior of the castle.

Four men were convicted over the incident, with one of the accused claiming in court that he wouldn't have set the castle alight if he knew it was owned by an Irishman.

The castle was left abandoned and ruined for many years until it was sold in 1989 and restored throughout the 2000s.

Today, Killeen Castle is home to a championship-standard golf course, which hosted the 2011 Solheim Cup between Europe and the United States.