Archaeological excavations were carried out at the Abbey Grounds in Wicklow ahead of planned work to convert the ancient site into an event space. 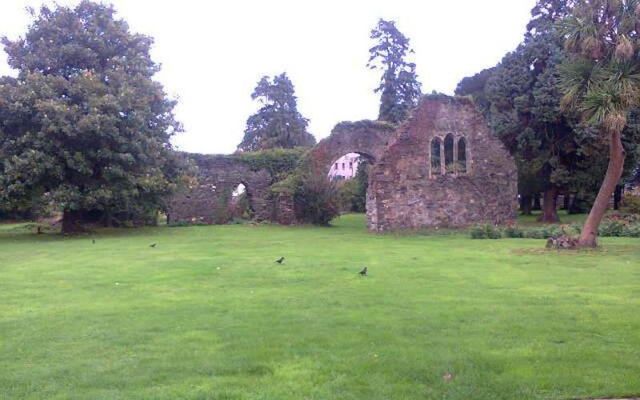 The remains of a number of monks dating back as far as 800 years at a Franciscan abbey in Wicklow Town.

Archaeological excavations were carried out at the Abbey Grounds in Wicklow ahead of planned work to convert the ancient site into an event space.

Wicklow councilor Irene Winters revealed at a recent meeting of the Wicklow Municipal District that a number of remains had been discovered during the dig. She added that most of the remains date back between 600 and 800 years.

District Engineer Kevin Scanlon told the meeting that an archaeological report was due imminently, adding that there had been some "fascinating" discoveries.

"It’s a really fascinating site and the archaeologist report will make for very interesting reading when it is released," Scanlon said at Monday's meeting.

In May 2021, Fáilte Ireland transferred ownership of the Abbey Grounds to the Wicklow County Council following input from local parishioners.

The Council plans to convert a building currently known as the Coach House into a café and exhibition space, while it also plans to develop a terraced seating area to surround a planned amphitheater.

Winters told the Municipal District meeting that some of the planned structures will now be moved to avoid building over the site where the remains are buried, Wicklow People reports.

The abbey was built in 1265 as a Franciscan friary, coinciding with the construction of the Anglo-Norman Black Castle, which saw the development of Wicklow Town begin in earnest.

The abbey was said to have the "poorest endowment" of any abbey in Ireland, consisting of just 10 acres of arable land and only one acre of meadows.

The site has been abandoned since the end of the 18th century when its last owner, the Archdeacon Andrew O'Toole, was forced to flee Wicklow Town in the aftermath of the 1798 rebellion.