On a winters day 100 years ago Michael Collins had the narrowest of escapes when British authorities raided one of his haunts in Dublin City. 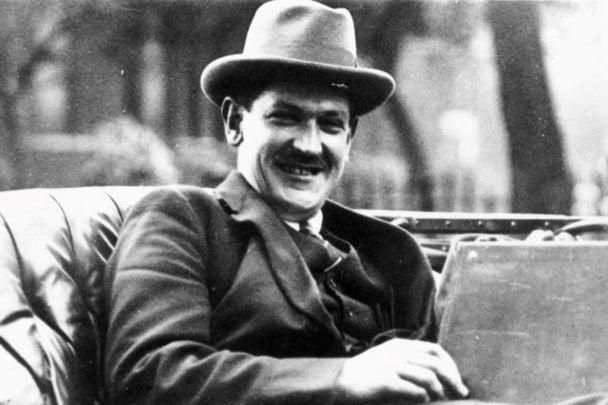 The Big Fella, Michael Collins, had an office at 76 Harcourt Street which was more or less the Dail's Department of Finance and on the afternoon of Nov 11, 1919, it was raided by authorities from Dublin Castle.

Daithi O'Donoghue was a Sinn Fein member who was working as a clerk for the Department of Finance and as he was leaving No. 76 Harcourt Street to go to the bank he spotted a raid down the street at No. 6. He turned around and ran back to alert his colleagues.

As the sound of military lorries trundled down Harcourt Street Collins and his comrades quickly stashed away documents before Collins, the Minister for Finance made a dash for his escape route through the roof.

Collins was prepared for such an event. In the places, he used across Dublin to conduct his Dail business and the intelligence war he made sure there were escape routes. These were made possible by Batt O'Connor a Kerry builder and 1916 veteran who constructed secret escape routes and hatches for Collins across Dublin.

O'Connor had purchased 76 Harcourt Street only a few weeks before the raid and built a secret closet into it's wall to house documents and arms. He also constructed escape ladders but on the day of the raid the ladder Collins wanted to use wasn't there!

As the authorities beat down the door of 76 Harcourt Street Collins handed his pistol to one of the female secretaries before heading for the roof through a skylight. He then clambered across the roof to his escape route through the Standard Hotel next door. When he reached the skylight into the hotel he found the ladder Batt O'Connor had made for it was missing and when he opened the skylight he looked down at the stairwell and a 30-foot drop into the lobby of the hotel!

With the prospect of British troops making their way up to the roof Collins decided to take his chances and slipped through the skylight and awkwardly hanging by his fingertips, he swung his body back and forth before landing safely on the stairwell but, not before hitting the banister and cracking a rib.

The injured Minister for Finance calmly walked down the stairs, through the lobby and out to the street where he mingled with the crowd watching the raid on his department. All males who didn't escape No. 76 were arrested but the British officer in charge refused to arrest females, which proved fortunate for Collins secretary who had his pistol hidden in her pocket.

Read more: 100 years ago Michael Collins' The Squad was born

Collins didn't stick around for long, he hailed a hackney cab and off he went with his cracked rib but his life still intact!

Afterward, the Department of Finance had to move to a series of different locations due to raids but the one which almost cost Collins his life played on his mind until he eventually found the reason behind it. Timothy Quinlisk was a Royal Irish Regiment Corporal during World War I and infiltrated the Republican movement in the early days of the War of Independence. Quinlisk was the one who tipped off the authorities about the goings-on at 76 Harcourt Street. Three months later Quinlisk was found on the southern outskirts of Cork City with nine bullets in him and a placard around his neck which read "spies and informers beware."