Live tour and history of the former offices of Michael Collins 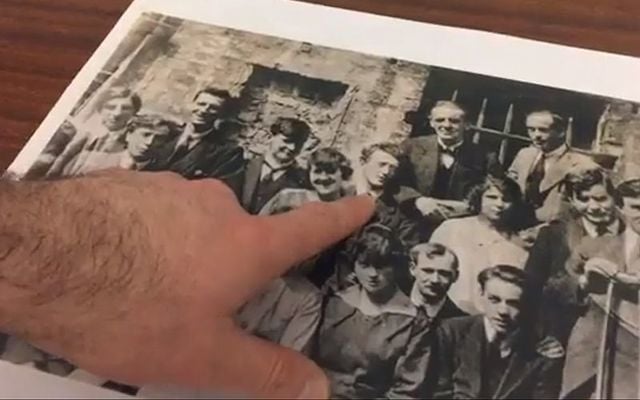 Inside 6 Harcourt Street, Dublin, the former offices of Michael Collins.

IrishCentral takes a live tour of the iconic number 6, Harcourt Street, Dublin, the former offices of Michael Collins and the current headquarters of the Gaelic League

We're live from the former offices of Michael Collins, taking a tour around Uimhir 6, Harcourt St.

Posted by IrishCentral.com on Thursday, November 9, 2017

First purchased by the Sinn Féin Bank in 1910 for £575, Uimhir 6 (Number 6), Harcourt St – one of Dublin's most notable buildings – may now play an important role as the headquarters for Conradh na Gaeilge (The Gaelic League), but since the early 20th century, it has held a significant role in Irish history.

It was purchased by Sinn Féin to be used as their headquarters, which is what it was throughout the next decade. Arthur Griffith's offices were on the second floor and the Irish Volunteers' magazine An tÓglach was produced within the building.

It was its time as the offices of Michael Collins, leading figure in the Irish War of Independence, that has proved to be its most notable so far, however, the Big Fella often being forced to escape from British raids from the escape hatch through the roof or through a series of tunnels rumored to exist under the building.

Sinn Féin secured their victory in the 1918 election from the Uimhir 6 (Number 6) headquarters and when Collins was appointed as Minister for Finance by the First Dáil in 1919, he chose this building to be his base as the War of Independence intensified.