Did a search for buried gold lead Michael Collins to his death?

The book "Cork’s Revolutionary Dead" speculates why Michael Collins was visiting Cork on the day he was killed. 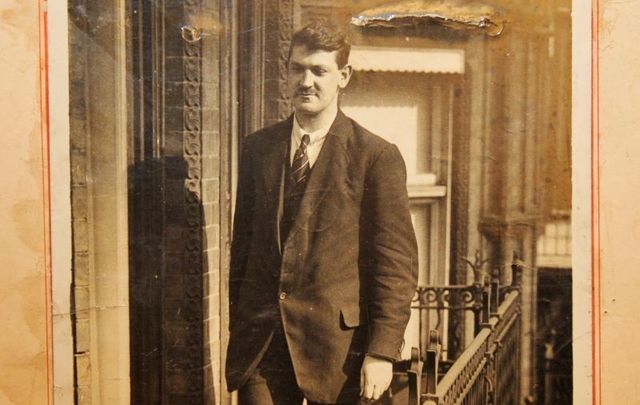 Irish revolutionary Michael Collins was killed in an ambush in Co Cork on August 22, 1922. RollingNews.ie

Does buried gold explain why Michael Collins was in West Cork on the day of his death?

Over the years there has been wild speculation as to why Collins, basically the leader of the infant Irish Free State, would risk venturing into fiery rebel Cork as the nascent Civil War began to escalate. Some say it was to “show the flag” and let the rebels know that he meant business.

At first, it may sound preposterous that the audacious Collins would risk his life for a coffin of gold, but one should remember that Collins, along with his myriad other portfolios, was also the Free State’s Minister for Finance.

And everyone knows how stubbornly he protected the financial assets of the State, even, at one point, shooting a bank examiner named Alan Bell who had confiscated £18,000 in National Loan money from a Dublin bank. It worked—no other bank examiners would travel to Dublin to examine the books.

In "Cork’s Revolutionary Dead," published by Mercier in June 2017, author Barry Keane has a chapter entitled “Michael Collins 1922: The Year of Living Dangerously,” which tells the tale of why Collins was in Cork “for purely financial reasons.”

“Michael Collins wasn’t being reckless at all,” Keane recently told a gathering at the Parish Centre in Clonakilty which was reported by The Southern Star. “He was desperate for money, and that’s what drove him down there. The Free State at the time was in dire financial straits and, as Minister for Finance, Michael Collins believed it was his responsibility to find money. I found documents that revealed that gold was the real reason he came to West Cork during a time of heightened tension.”

Keane, the author of "Massacre in West Cork," which reinvestigated the notorious Dunmanway massacre in 1922, went on to say, “An impeccable source that I found during my research said that Collins was down in West Cork to pick up a stash of gold that he had acquired during the War of Independence. Apparently, he put all the gold in a child’s coffin and buried it in a graveyard in a remote part of West Cork.”

According to Keane, Collins was the only one who knew where it was so he was forced to go to Cork himself to retrieve it. “However, he does manage to pick up the coffin and heads back towards Beal na Bláth where he is shot, but the coffin of gold is taken and put into a bank in Dublin. A document does exist that outlines this information, but it’s not signed or dated,” added Keane.

If true, this adds another tantalizing aspect to the final day of Collins’ life. It has never been reported before by any of Collins’ various biographers.

So, nearly 100 years after his death, the legend of Michael Collins continues to grow and fascinate.

*Dermot McEvoy is the author of the "The 13th Apostle: A Novel of a Dublin Family, Michael Collins, and the Irish Uprising" and "Our Lady of Greenwich Village," now available in paperback from Skyhorse Publishing. He may be reached at dermotmcevoy50@gmail.com. Follow him on his website or on his Facebook page.