Men made up 75% of the 2,240 passengers on crew on board the Titanic's ill-fated maiden voyage but only made up a tiny fraction of the 705 survivors. 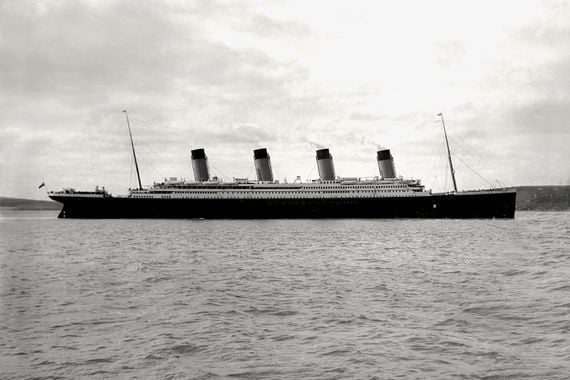 The Titanic sets sail from Cobh Harbour in 1912. Public Domain

On April 15, 1912, the RMS Titanic sank after colliding with an iceberg in the Atlantic Ocean, causing the deaths of more than 1,500 passengers and crew onboard the ship. The vast majority of those who survived the disaster were women and children who owed their lives to the selfless acts of male passengers who bravely remained on board knowing that they were about to meet a watery grave.

Men made up 75% of the 2,240 passengers and crew onboard the Titanic's ill-fated maiden voyage but only made up a tiny fraction of the 705 who survived the disaster.

Hundreds of men - both rich and poor - bravely standing aside to give women and children a place on the ship's lifeboats.

The 175 men traveling in first-class had a survival rate of just 32%, while more than 97% of their 144 female counterparts survived the disaster.

For the most part, male passengers stepped aside and remained on the sinking ship regardless of social standing or background.

Wealthy businessmen such as John Jacob Astor and Benjamin Guggenheim chose to remain behind knowing that they would meet their deaths in the freezing waters of the North Atlantic. Merchant prince Isidor Straus also perished during the sinking of the Titanic, while notable engineer Washington Roebling and veteran journalist William T. Snead remained behind and allowed women and children to be evacuated.

That is not to mention the hundreds of third-class male passengers - many of them Irish - who met their deaths on the Titanic.

In a newspaper article days after the sinking of the Titanic, the Patriot noted the sacrifice of the majority of male passengers onboard.

"Thus, the stream of women, with toddling infants or babes in arms – perhaps most of them soon to be widowed – filed up from the cabins and over the side and away to life," the newspaper said.

"Then men – by far the greater part of them – remained to die, millionaire and peasant, and man of middle class, alike, bravely, it must have been, sharing each other’s fate and going down to a common grave."

Their sacrifice enabled the vast majority of women and children onboard the Titanic to escape to safety and it should never be forgotten.