The Abandoned Places Twitter account posted an aerial image of McDermott's Castle on Castle Island in Lough Key, County Roscommon alongside the caption "abandoned castle on a small island in Ireland". 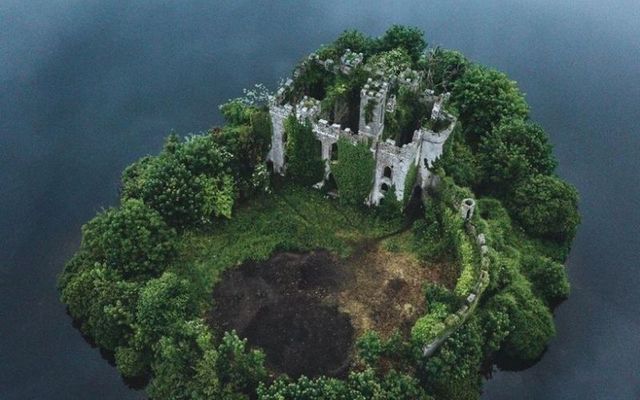 A stunning photograph of an Irish island in County Roscommon has gone viral on Twitter.

The Abandoned Places Twitter account posted an aerial image of McDermott's Castle on Castle Island in Lough Key, County Roscommon alongside the caption "abandoned castle on a small island in Ireland".

The account posts images of abandoned locations from all over the world and boasts more than 104,000 followers.

The stunning image of McDermott's Castle has received more than 46,000 likes and 4,000 retweets since it was posted on May 24.

Abandoned castle on a small island in Ireland. pic.twitter.com/QA3hg23hNj

Located in the middle of Lough Key, McDermott's Castle holds more than 800 years of Irish history and is one of the most significant historical sites in Ireland.

The castle has witnessed warcraft and witchcraft throughout its history, with the famous Battle of the Curlews taking place on the shores of Lough Key in 1599 during the Nine Years' war when the McDermotts joined forces with Red Hugh O'Donnell and Hugh O'Neill to defeat a full-blown Elizabethan Army. While O'Donnell's army is closely associated with the battle, the annals of Irish history attributed the victory to McDermott's army of Moylurg.

The Gaelic clans were eventually defeated by an even stronger Elizabethan Army at the Battle of Kinsale in 1601 and the castle was subsequently confiscated from the McDermotts as punishment.

Roscommon native Sean Simon has been the custodian of McDermott's Castle since 1997 and is aiming to restore the building to its former glory.

The West End actor told IrishCentral in November that he faces an ongoing battle to ensure that the castle remains standing before he can restore it.

The castle was in a state of disrepair by the time Simon acquired it in 1997 and he faced a constant battle with the ivy and brushwood that threatened to pull the walls down.

Simon has cut back the vegetation and regularly injects lime-mortar into the castle walls to further strengthen them against the elements and has ensured the castle's survival.