Mary Cunningham, a native of Carrick, was working in a restaurant when she caught the eye of the famous sculptor Augustus Saint-Gaudens. 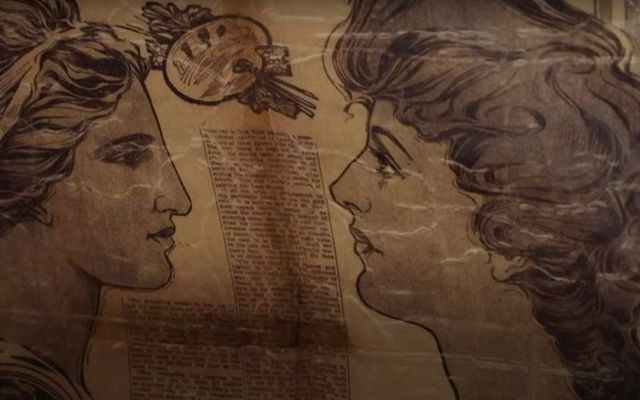 The story of how a poor Irish migrant from Co Donegal became the face of America’s ten-dollar gold coin has been made into a documentary.

Mary Cunningham, a native of Carrick, was working in a restaurant in New Hampshire when she caught the eye of the famous sculptor Augustus Saint-Gaudens.

In 1905, the Dublin-born Saint-Gaudens had received a commission from President Theodor Roosevelt to redesign the ten- and twenty-dollar gold pieces.

The sculptor choose the 24-year-old Cunningham to dress in Native American headgear to become the face of “Liberty” on the most controversial gold coin ever minted in the US.

The reason the 1907 coin was controversial was not due to the appropriation of Native American headgear but because Cunningham was an Irish immigrant, during a time when anti-Irish sentiment was high in America, according to The Irish Times.

A news account published on September 21, 1907, gives a glimpse into the controversy of the time:

“The Saint-Gaudens family refuse to give any information whatever regarding Mary Cunningham, the pretty young Irish waitress whom the late Augustus Saint-Gaudens took as a model when designing the new issue of gold coins. The Cunningham girl is now employed as a domestic in the family of the late sculptor, but no outsider is allowed to see her. The Saint-Gaudens villa is secluded on a spur of the Green Mountain range with numerous signs at the entrance to the grounds announcing that no strangers are admitted.

"Homer Saint-Gaudens, a son, said tonight that the statement that her face is to appear in profile on the copper cent is incorrect. He asserted, instead, that she will be shown full-length on either the ten or twenty-dollar gold piece. Mr. Saint-Gaudens was not sure which. There had been many other models for coins, and he did not see why so much fuss should be made over this one, but at any rate he was not going to add to it by giving any other information. …”

Born Hazel Martin in Chicago to wealthy Irish parents, she was chosen by her husband, the Irish artist John Lavery to be the face of ‘Caitlín Ní Uallacháin’ representing Ireland when he was commissioned to design the new punt banknotes for the Irish Free State.