The man who "sold" The Brooklyn Bridge, Statue of liberty & Ulysses Grant's tomb

In the late 1800s, an Irish-American conman preyed on immigrants by "selling" popular tourist attractions that he pretended to own for up to $50,000. 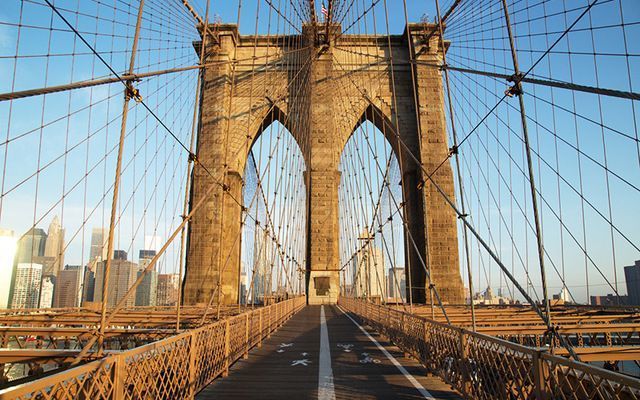 George C. Parker was one of the greatest conmen in history and often "sold" the Brooklyn Bridge to unsuspecting immigrants. iStock

George C Parker was born one of eight children to Irish parents in New York on 16 March, 1860.

In the 1880s, New York was a melting pot with every ethnic group from every corner of the planet.

A dapper Parker would approach unsuspecting immigrants engaging them in casual conversation, introducing himself as the owner of the bridge. As soon as he felt he had their trust, Parker would propose erecting toll booths. He would then go on to explain that he was looking for someone trustworthy to work in the booth. A job offer would be made and the target would only be too delighted to accept.

Parker would escort the individual to the Brooklyn bridge. On arrival, the target would invariably spot the sign "Bridge for sale" pinned to the structure of the bridge. Parker would then reveal the bridge was for sale and that for a reasonable price, could be theirs to own and charge as they wished, earning a fortune. For the ruse, Parker had offices set up near the bridge and used counterfeit deeds. He would then negotiate a price ranging from 75 dollars to 50,000 dollars.

It wasn't until the police invariably showed up while the victims were erecting their toll booths that they realized they were sold a pup. It's believed Parker could have sold the Brooklyn Bridge twice a week for forty years.

In addition to selling the Brooklyn Bridge, he also sold Madison Square Garden, The metropolitan museum of Art, The statue of liberty, and Ulysses Grant's tomb, posing as his grandson to his gullible targets using counterfeit deeds.

In 1908, Parker was brought before the courts charged with fraud. Before court proceedings commenced, he calmly strolled out of the building wearing a sheriff's cap and coat that was taken off as the sheriff came in from winter chill.

On the 17th December 1928, judge Alonzo McLaughlin sentenced Parker to a mandatory life term to Sing Sing prison at King's County Court. He died eight years later in 1936. He was very popular with the prison guards and inmates who never tired of stories.

George C Parker is regarded as one of the greatest conmen in history. His exploits gave rise to the popular saying " if you believe that, I have a bridge to sell you"