In "Lost Children of The Carricks," one Irish family's tragic journey to Canada during The Great Hunger illustrates how Canadian and Irish histories are intertwined. 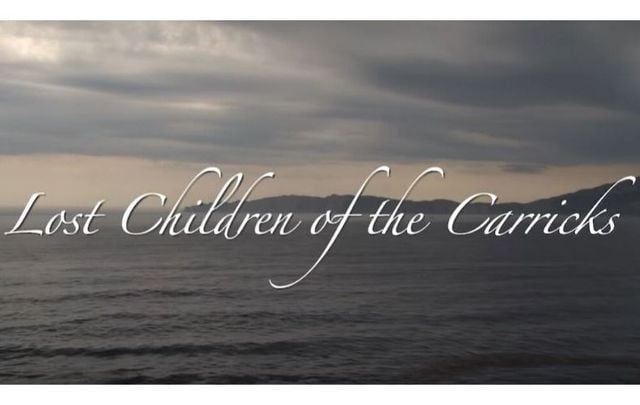 "Lost Children of the Carricks" looks at Quebec's Irish roots as a result of The Great Famine Celtic Crossings Productions, YouTube

In “Lost Children of the Carricks,”  one Irish family's journey from Co Sligo to Quebec during The Great Famine illustrates how Irish tragedy bore a legacy that has survived generations in Canada.

Professor Gearóid Ó hAllmhuráin, the documentary’s writer and director, said: “I wanted to make a film through the eyes of a single family to help people understand that history ties us all together. And I wanted to show the interconnectedness of events through a broader context.”

The documentary focuses on 80-year-old Quebecois-Irish oral historian Georges Kavanagh, a descendant of the Irish-speaking Patrick Kaveney and Sarah MacDonald, who left Co Sligo for Canada during The Great Famine.

Kaveney and MacDonald, along with their six children, were offered so-called “assisted emigration” by British authorities to leave their native village of Cross, Co Sligo for new land in Canada during The Great Hunger.

Organized by then-British Foreign Secretary Lord Palmerston, the “assisted emigration” scheme saw the mass clearance of Irish-speaking families from British-owned Irish estates during the height of the Famine.

Kaveney and his family were given two weeks to prepare for departure before being placed on the Carricks of Whitehaven ship, which, on May 18, 1847, sunk after striking a reef near Cap-des-Rosiers.

Of the 173 passengers on board, only 48 reached the shore alive. Kaveney, MacDonald and their teenage son Martin survived, but the couple’s five daughters, all under the age of 10, perished in the wreck.

As tragic as it is, their story is not uncommon. While the Irish Famine claimed some 1 million lives in Ireland, another million people were forced to emigrate. During the famine years of 1845-1852, Canada received approximately 300,000 Irish refugees. In the summer of 1847, over 20,000 would die at sea, in quarantine stations, fever sheds, orphanages and shantytowns across Canada.

Those who survived were forced to assimilate into a foreign culture in Canada. The remainder of the Irish-speaking Kaveney family settled into life on the isolated francophone Gaspé peninsula in Quebec, the foundation, albeit tragic, of many future generations’ Irish roots in the region.

“This is the first trilingual documentary film to tackle this subject,” Ó hAllmhuráin says of his project. “The film focuses on Irish Gaelic, French, and English as the languages of Irish immigration to Quebec.”

He adds: “This was a profound cultural journey that had extraordinary long-term consequences for Irish people on both sides of the Atlantic.

“For a tiny country that lived for so long in the tailwind of Great Britain, Irish people know intimately what it means for a nation’s food source to dry up, to be dislocated from land, family, and community, to be unwelcome in new countries, to be feared and chastised for wanting to preserve their language, religion, and heritage.

“We know what ordinary people face when their country is stripped of its natural resources to feed the engine of an insatiable global power. Ireland’s history echoes the experience of dislocation and deportation that continues to mark the lives of countless thousands today. The 70 million-strong Irish diaspora scattered around the world testifies to this reality.”

A special screening of “Lost Children of the Carricks” will be hosted at Concordia University’s D.B. Clarke Theatre in Montreal on January 24. Tickets are available online.

You can watch the trailer for “Lost Children of The Carricks” below, and you can learn more about the documentary on its Facebook page and website.