172 years after the Carrick coffin ship from Sligo sank off Cap-des-Rosiers, in Quebec the remains of 21 Irish victims of the Great Hunger were laid to rest. 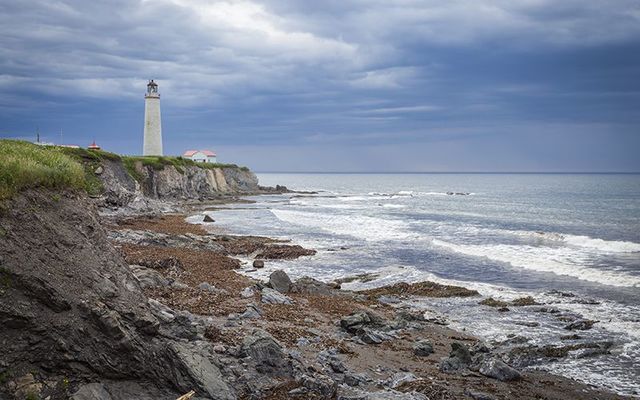 172 years after the Carrick coffin ship from Sligo sank off Cap-des-Rosiers, in Quebec the remains of 21 Irish victims of the Great Hunger, mainly women, and children, were laid to rest

The remains of 21 Irish coffin ship victims of Great Hunger have been laid to rest near the beach where they were discovered in Quebec, Canada.

It was confirmed earlier this year that human bones discovered on a beach at Cap-des-Rosiers, Quebec, between 2011 and 2016 were those of 21 souls lost when a the Carricks ship sank in 1847. The  Carricks had been transporting 180 people from Sligo, at the height of Ireland’s Great Hunger, when it sank just off the coast of Canada. Only 48 passengers survived, 87 others were buried in a mass grave. 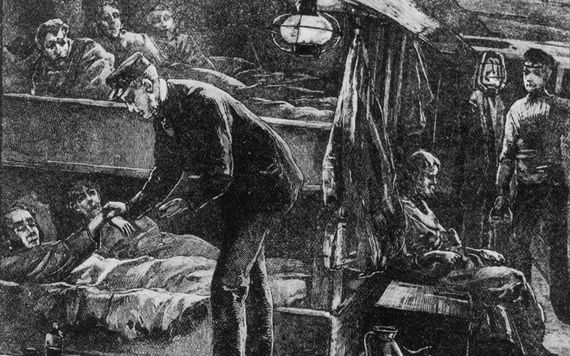 Inside a coffin ship during the Great Hunger.

Early in 2019, a bioarchaeology laboratory at the University of Montreal identified the remains of three children, aged between seven and 12 years old.

In 2016, the remains of a further 18 people were discovered, mostly women and children. Scientists revealed that the victims were malnourished and had eaten a diet mainly consisting of potato.

Read more: Was it genocide? What the British ruling class really said about the Irish Famine

The funeral ceremony, held at Forillon National Park was attended by around 150 people, including descendants of some of the survivors of the shipwreck.

Pat Ward (63), from Keash, Co Sligo, told the BBC he believes that some of his ancestors were among those who died in the shipwreck. He said it was “very emotional” to think that his ancestors remains had been recovered and said the ceremony would “bring closure”.

George Kavanagh (79), from Quebec, also had ancestors on the doomed Carrick ship. In advance of the poignant ceremony, he told the Globe and Mail “This is part of my history. I want to bid them a final adieu.”

An illustration of departure and loss during Ireland's Great Hunger.

Marie-Eve Murray, of Forillon National Park, told the Press Association “A ceremony intended to pay homage to the victims of the Carricks shipwreck took place on Thursday, July 4th at 10.30am at the site of the Irish Memorial, located on Du Banc trail, North Area of the Forillon National Park.

“This ceremony, organized by the St-Alban Parish Council in Cap-des-Rosiers in collaboration with Parks Canada, was attended by around 150 people: the descendants of the survivors, dignitaries and the local population.”

Ireland’s Great Hunger, also known as the Irish Famine, killed a million people between 1845 and 1849. Up to two million others emigrated in search of a better life, decimating Ireland’s population.

Jason King, the Academic Coordinator at the Irish Heritage Trust and National Famine Museum in Ireland told the Globe and Mail “The discovery of the famine remains is a subject close to the hearts of Irish Canadians.

“For many, the famine emigration of 1847 really symbolizes their own ancestry, their own heritage, their own roots. Because of the hardship that was experienced, the suffering, many Irish Canadians regard it as part of their story and their legacy in Canada, even though they are not descendants of the famine immigrants themselves.”

King said the Forillon National Park ceremony was a fitting tribute to the Irish victims.

“This is a gesture of respect for migrants who’ve passed away in a moment of extreme danger and peril. It invites us to reflect on people’s experiences today when they embark on similar types of journeys.”

Do you believe you’ve ancestry in Ireland dating back to the famine? Do you think more memorials and ceremonies of this kind should be held in their honor? Let us know in the comments section below.

Read more: A hero bishop who gave up his life for coffin ship victims