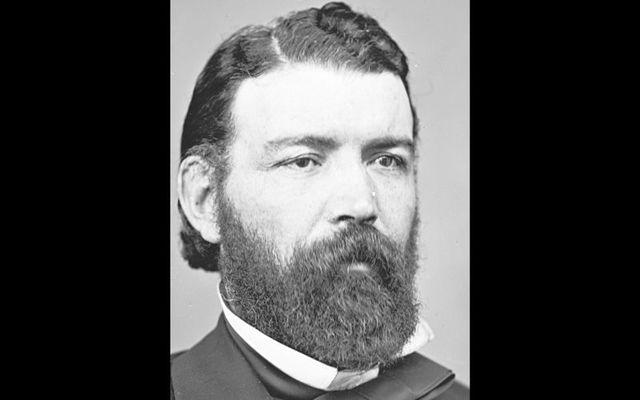 John Morrissey, who was born in Templemore, Co Tipperary, may be the most interesting Irish immigrant that you’ve never heard of.

Morrissey lived the real-life story of the world portrayed in the 2002 film "Gangs of New York" – he defended Irish immigrants from nativist anti-Catholics like Bill the Butcher and his Bowery Boys.

But unlike many in the violent world of New York City politics, he made it out: He founded the oldest sporting venue in the United States, made a small fortune revitalizing upstate New York, and even served multiple terms as a US Congressmen. He was also a bare-knuckle boxing champion.

We first discovered evidence of John Morrissey in our Irish Catholic parish registers. He was baptized in 1831 in Templemore, County Tipperary and his family immigrated to the United States in 1833. Check out these three interesting facts about Morrissey and read more in detail about him on the Findmypast blog.

1. He was a bare-knuckle boxing champion

The Morrisseys settled in Troy, New York, and John worked in a mill from a young age. He eventually became an iron worker due to his physical size and tolerance for hard work. As a poor youth, he fell in quickly with a rough and tumble crowd, becoming a fierce fighter.

He began participating in professional bare-knuckle boxing matches as a young man when he traveled out west during the gold rush. He won more money fighting than panning for gold and returned to New York City looking to continue his boxing career.

In 1853, he challenged the famous Yankee Sullivan, who was the current bare-knuckle champion. The fight took place in rural Massachusetts in front of a crowd of 3,000 (boxing at this time was still illegal – this location was far from the reach of the law). Morrissey outlasted Sullivan, going 37 rounds and claiming the title.

He continued to box regularly until the mid 1850’s, when he squared off against longtime rival John Heenan. After successfully defending his title, he retired from the sport forever.

Fighting had always been in his blood. As a young man, when he moved to New York City in the 1840’s, he walked into a Tammany Hall controlled pub and declared he could beat any man in the bar in a fight. The group gave him a thorough beating, but the local pub owner noticed his toughness and gave him a job working for the political organization.

2. He was always looking out for his fellow Irish Americans

John Morrissey worked for Tammany Hall as an emigrant runner. He would meet Irish immigrants at the docks and help them get acclimated to New York City – he would help them gain citizenship, get jobs and find a place to live. All he asked for in exchange was the family’s support of Tammany Hall-backed political candidates.

Because of his large size and toughness, he also worked as a shoulder-hitter – someone in charge of physically defending Tammany Hall supporters when they went to vote. Elections were riotous events back then – voters were in danger of being physically beaten or even killed by gangs of rival politicians. Ballot boxes were also in danger of manipulation.

3. He stood up to Bill the Butcher

The infamous and bloodthirsty gang leader, William Poole – also known as Bill the Butcher – was a constant terror to Irish-Americans. He and his gang acted on behalf of nativist movements like the Know Nothings – in 1854, his gang viciously attacked Morrissey and his friends when they were defending the ballot boxes in favor of Tammany Hall mayoral candidate Fernando Wood.

Morrissey successfully saved the election from manipulation (Wood was victorious) and earned much favor from Tammany Hall. But Bill the Butcher was angry, and his hatred for Morrissey went far beyond political rivalry and ethnic prejudice.

Poole was a boxer himself and not only did he lose betting against Morrissey when he faced Sullivan, Morrissey had recently fought Bill the Butcher himself and the fight ended in a disputed result. All of this led to a tremendous amount of animosity between Morrissey’s and Poole’s gangs, with multiple brawls occurring in the streets and pubs.

Finally, in February of 1855, Morrissey and his friends were involved in a bar fight that resulted in Welsh immigrant Lew Baker shooting Poole in the leg. He later died of his wounds, and Morrissey and Baker were tried but not convicted.

Though the nativists in the city mourned Bill the Butcher, many of those he terrorized breathed a sigh of relief. Despite numerous requests, New York City refused to lower their flags to half-mast after Poole’s death.

John Morrissey went on to accomplish even more than this – he founded the Saratoga Springs Race Course, which is now the oldest sporting venue in America. He also successfully ran for U.S. Congress, serving two terms in the House of Representatives. He was a champion for Irish-American issues at a time when that was sorely needed.

Read the rest of John Morrissey's story here on Findmypast.

*This column was originally published in 2016 as part of a partnership with Findmypast.