A friend of Kennedy's and author of his biography said he would have followed in his father's footsteps if he lived. 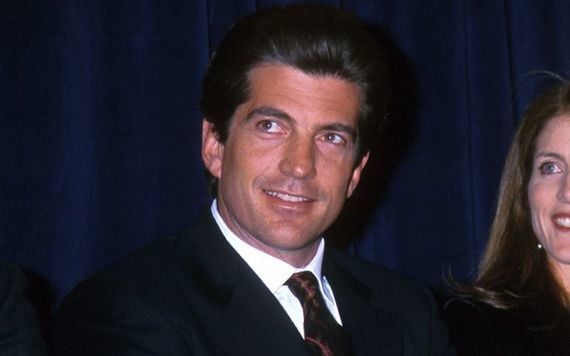 A prominent historian has claimed that John F. Kennedy Jr. would have become president of the United States if he had not died in a plane crash 21 years ago.

Steven M. Gillon, a friend of Kennedy Jr.'s and the author of his biography, said that JFK's oldest son would have followed in his father's footsteps if he lived long enough.

Kennedy Jr. died on July 16, 1999, in a light aircraft crash near Martha's Vineyard along with his wife, Carolyn Bessette, and sister-in-law, Lauren Bessette.

Kennedy Jr., who was piloting the aircraft, was just 38 when he died and Gillen believes that he would have completely reshaped American politics.

A professor of American history at the University of Oklahoma, Gillon said that Kennedy Jr. was able to bring people together.

"John would be a force for healing and bringing people together," Gillon told People Magazine. "John thought he could inspire people -- so I think about it often, how much better off our country would have been had John not made the foolish decision to take his plane on a hot humid July evening."

The long-time friend of Kennedy Jr. said that the son of the famous president spent a significant part of his life trying to figure out who he was and how he would carry on his father's legacy.

"John spent his whole life trying to figure out who he was and what his relationship was going to be to his father’s legacy and for most of his life, he ran away from it."

Gillon said that one of the most tragic parts of Kennedy Jr.'s death was that he had finally figured out who he was and that he wanted to go into politics just before he died.

"At the end of his life, he wanted to embrace his father's legacy," Gillon said.

Kennedy Jr. was reportedly considering running for Governor of New York shortly before his untimely death.