On this day, June 16, the great American Fenian, John Devoy, was laid to rest in Glasnevin Cemetery, in Dublin. 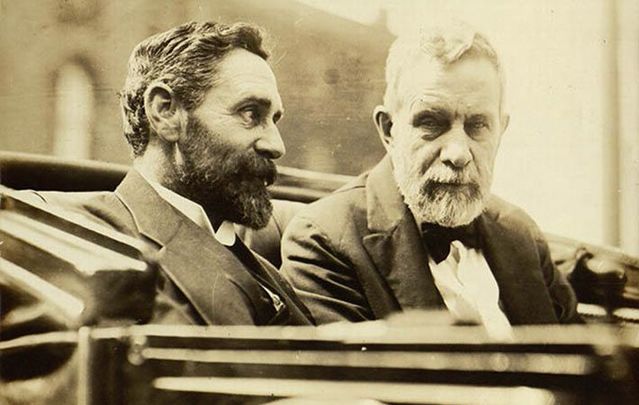 On this day, June 16, the great American Fenian, John Devoy, was laid to rest in Glasnevin Cemetery, in Dublin

John Devoy had died in New York on 29 September 1928, and his remains had been shipped to Ireland on the United States liner, President Harding.

He had been born in Kill parish, Co. Kildare. His father had been active in the movement to repeal the Act of Union. Devoy had a relative who had fought in 1798, and thus his Fenian views emanated from heritage as well as current intellectual investigation.

Read more: “Supported by her exiled children in America”: John Devoy and Irish America in 1916

Devoy moved to Dublin with his family when he was a young boy of six or seven and was educated there. At age 19 he joined the Irish Republican Brotherhood and in that same year sailed off to enlist in the French Foreign Legion. Twelve months of dry and sandy Algeria were quite enough, and he returned to County Kildare, where he became the Head Centre for the IRB in that area.

He was arrested in February 1866 and sentenced to 15 years, spending some of his imprisonment in Millbank and Chatham prisons. He secured a conditional early release along with other Fenians if he abided by a promise to leave the United Kingdom.

He, O’Donovan Rossa, Captain John McClure, Charles Underwood, and Harry Mulleda arrived in New York in 1871, where he worked on the New York newspapers Herald, Daily Telegraph, and Morning Journal.

In Chicago he labored for the Herald as well as the Evening Post. In 1881 he founded The Irish Nation, a weekly paper in New York, which lasted only four years. He tried again in 1903 to found an Irish newspaper devoted to Ireland and her causes, The Gaelic American.

During his various employments, he always promoted the causes near and dear to his Kildare heart ─ the Land League, the Irish Language Movement, and, of course, the Irish Republican Brotherhood. “Devoy was a many-sided man─he had the gift of leading men in the mass, he was a convincing speaker, an able writer, a powerful man in debate.”

He rests easy in the soil of Ireland from which he had sprung, and he never lost interest in her or an opportunity to champion her betterment.

Read more: A hero bishop who gave up his life for coffin ship victims