JFK may have had gay experiences with friend claims biographer 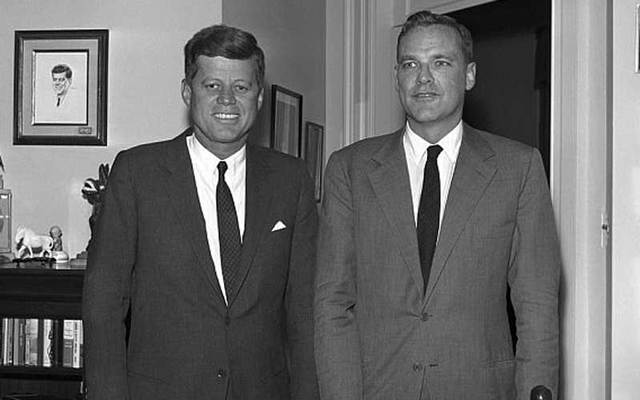 President John F. Kennedy may have had an intimate relationship with a gay friend from his prep school days, claims bestselling author Jerry Oppenheimer, who has written two books about the Kennedys.

While the 35th president has been legendarily known as a womanizer who frequently cheated on his wife, Oppenheimer alleges that JFK’s three-decades long relationship with his former prep school friend Lem Billings may have been a sexual one.

Kennedy and Billings met in 1933 in their sophomore year at Choate Rosemary Hall, an exclusive Connecticut prep school. The teenagers worked together on their class’s yearbook, and Billings became sexually attracted to the handsome young Kennedy.

Oppenheimer writes in the Daily Mail that their intimate relationship would last from their school years to the day of Kennedy’s assassination. He says Billings even had his own room in the White House, much to Jackie Kennedy’s chagrin.

Billings made his desire known while the two were still at school by writing Kennedy a love note on a piece of toilet paper.

A startled Kennedy responded to the note by saying, “Please don't write to me on toilet paper anymore. I'm not that kind of boy.”

However, Kennedy's feelings soon changed and he became more amenable to his friend's advances, according to Lawrence J. Quirk, author of The Kennedys in Hollywood, who first met Billings in the mid-Forties when both were volunteers in Jack Kennedy's first congressional campaign.

Quirk claims Billings would later confide in him that his relationship with Kennedy was sexual, to a point, and “included oral sex, with Jack always on the receiving end.”

Their arrangement, Quirk says, “enabled Jack to sustain his self-delusion that straight men who received oral sex from other males were really only straights looking for sexual release,” and, “Jack was in love with Lem being in love with him and considered him the ideal follower adorer.”

Although Joe Kennedy, the family patriarch, was reportedly suspicious of Billings’ close relationship with his son, the Kennedy family welcomed Billings into their exclusive family circle.

According to Billings' biographer David Pitts, “Once JFK decided that Billings was his best friend – like it or leave, everybody in the family sort of fell in line with that. The Kennedys were a liberal family and one that tolerated a lot of heterosexual promiscuity as well.”

In her memoir, Times To Remember, published eleven years after JFK’s assassination in Dallas in 1963, matriarch Rose Fitzgerald Kennedy wrote that Billings had “remained Jack's lifelong close friend, confidant, sharer in old memories and new experiences…He has really been part of 'our family' since that first time he showed up at our house as one of 'Jack's surprises.’” 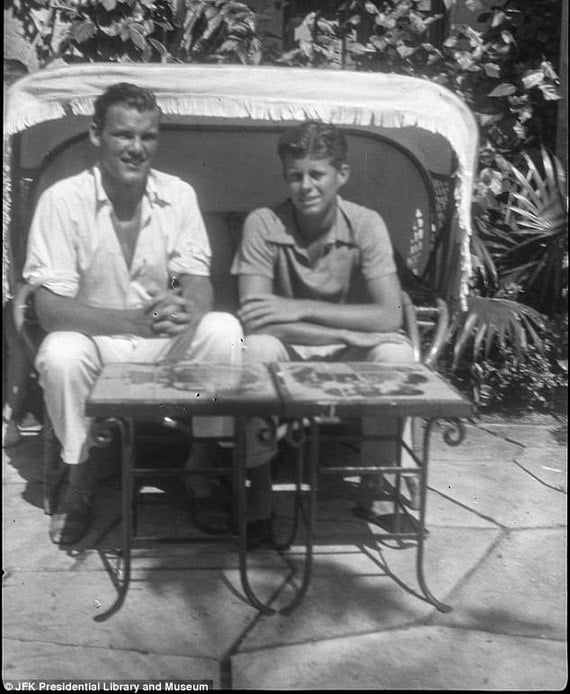 After Kennedy was elected president, Billings was a constant presence at the White House, and advisers where concerned about possible political repercussions. There was a fear Russian agents could use the relationship to blackmail Kennedy, says Oppenheimer.

Jackie was reportedly upset that her husband spent so much time with Billings and that he often spent the night at the White House.

After Kennedy’s assassination, Billings was devastated. Biographer Sally Bedell Smith, referred to Billings as “probably the saddest of the Kennedy widows.”

Following the assassination of RFK in 1968, Billings transferred his romantic feeling to Kennedy’s nephew, Bobby Kennedy Jr, to whom Billings would become a “fawning surrogate father and fellow drug user.”

“Young Bobby replaced Jack in Lem's heart of hearts,” one source told Oppenheimer, who is the author of the book Robert F. Kennedy Jr. And The Dark Side Of The Dream.

David Pitts, the author of Jack and Lem: The Untold Story of an Extraordinary Friendship, told him: “Lem was a gay man and he had a 14-year-old, good-looking kid living in his house with him and there had been rumors because of that. I have no evidence one way or another, but I would discount [any sexual activity.]”

“I’m sure he's already organizing everything in heaven so it will be completely ready for us – with just the right Early American furniture, the right curtains, the right rugs, the right paintings, and everything ready for a big, big party.

“Yesterday was Jack's birthday. Jack's best friend was Lem, and he would want to remind everyone of that today. I am sure the good Lord knows that heaven is Jesus and Lem and Jack and Bobby loving one another.”