The diary is the only one JFK is known to have written and dates from 1945 when he was a young reporter in Europe. 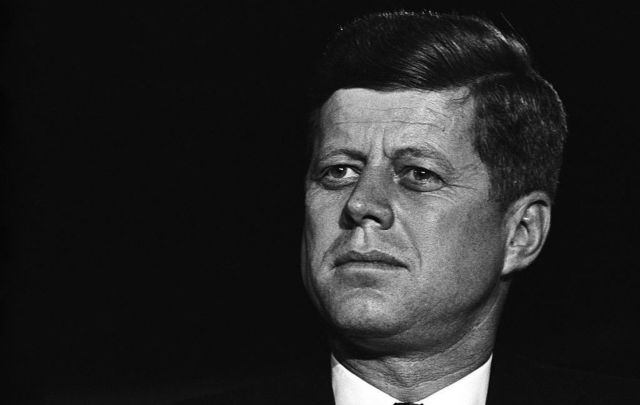 A diary kept by a 28-year-old John F. Kennedy has revealed that the then journalist considered Hitler to be the “stuff of legends.”

The diary – thought to be the only one the 35th President ever kept – went up for auction in 2017.

"Hitler will emerge from the hatred that surrounds him now as one of the most significant figures who ever lived,” Kennedy predicted.

"He had in him the stuff of which legends are made," he added.

The observations were written in the summer of 1945 – months after Germany’s surrender to the Allies and the horrors of the Holocaust had been exposed. At the time Kennedy was in Bavaria and touring the late dictator's summer holiday home there.

He also indicated that he believed Hitler "had boundless ambition for his country which rendered him a menace to the peace of the world, but he had a mystery about him in the way he lived and in the manner of his death that will live and grow after him."

The diary spans some 61 pages in total and was given by Kennedy, while still a young but ambitious US Senator, to his research assistant, Deirdre Henderson. Senator Kennedy gave the diary to her to help her better understand his views on foreign policy and matters relating to national security.

Read More: What did young John F. Kennedy look like during WWII?

In an explanatory note for the auction, Henderson made clear her view that "When JFK said that Hitler 'had in him the stuff of which legends are made,' he was speaking to the mystery surrounding him, not the evil he demonstrated to the world.

"Nowhere in this diary, or in any of his writings, is there any indication of sympathy for Nazi crimes or cause.”

Readers will also find a mention of his admiration for Britain’s wartime leader Winston Churchill, whom he describes as his “idol.”

Before becoming a journalist in 1945 JFK served in the United States Navy and was injured in action off the Solomon Islands. He was awarded a Navy and Marine Corps Medal for his bravery and a Purple Heart but always maintained he deserved a Silver Star instead of the Navy and Marine Cross.