On This Day: Colonel James Fitzmaurice, one of Ireland's greatest aviators, was born

Dubliner James Fitzmaurice went on to become the aviation pioneer remembered for being the first pilot to fly transatlantic from east to west. 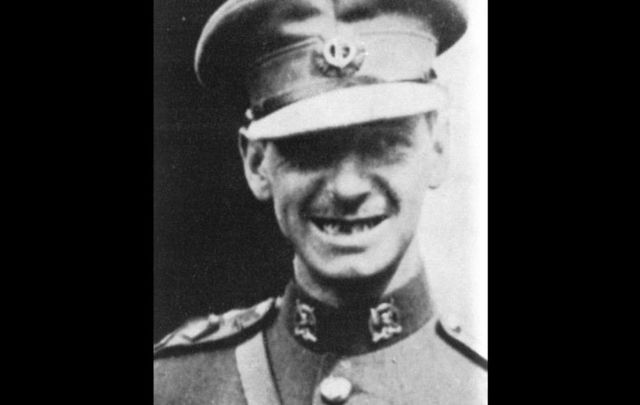 James Michael Christopher Fitzmaurice DFC died on this day, September 26 in 1965 in Dublin, Ireland. Today, we remember his most amazing feat.

Aviation pioneer Fitzmaurice was born in Dublin in 1898 and attended a Christian Brothers school in Portlaoise, Co Laois as a boy. In 1914, he joined the Irish National Volunteers, and at 16, he enlisted in the Seventh Battalion of the Royal Leinster Regiment (the Leinsters). He was quickly released for being underage.

Fitzmaurice enlisted in the British army again in 1915; throughout his service, he held the titles of Corporal, Sergeant, and Commander. He was posted to the School of Military Aeronautics and trained in Eastbourne in England. Shortly after the formation of the Irish Free State, Fitzmaurice joined the Irish Air Corps and was promoted to Captain a year later.

On the morning of April 12, 1928, Fitzmaurice took off for what would become the first transatlantic aircraft flight from East to West.

Through harsh weather conditions and a series of compass issues, the men landed on April 13 atop an iced-over reservoir on Canada’s Greenly Island. Just as the plane came to a stop, it broke through the ice and the tail projected 20 feet into the air. Everyone got wet, but everyone was safe. The telegraph message read: "German plane Bremen landed Greenly Island, noon, slightly damaged, crew well."

The crew then began a two-month tour of American and European cities to be welcomed as heroes.

Watch this video of their warm welcome in Detroit:

Days after landing the Bremen, the three men were presented with the United States Distinguished Flying Cross, awarded for "heroism or extraordinary achievement while participating in an aerial flight,” by former President Calvin Coolidge.

They were also granted the Freedom of the City of Dublin, and rewarded for contributions to the life of the city – more than 80 people have been given this award, including Mother Teresa, John F. Kennedy, and Nelson Mandela.

For the 70th anniversary of the flight, a short film was made profiling the life of Fitzmaurice with a dramatic reconstruction of the flight. The Fitzmaurice Flying School opened in Baldonnel, Co Dublin in 1998.

There is also a granite strip on New York City’s Broadway commemorating Fitzmaurice with the names of the fliers.

Today, the Bremen aircraft belongs to the Henry Ford Museum in Dearborn, Michigan but is currently on display in a hangar at the Bremen Airport Museum in Germany where it has been completely restored.