One religious expert challenges the assumption that Irish Catholics have always had only one attitude toward abortion. 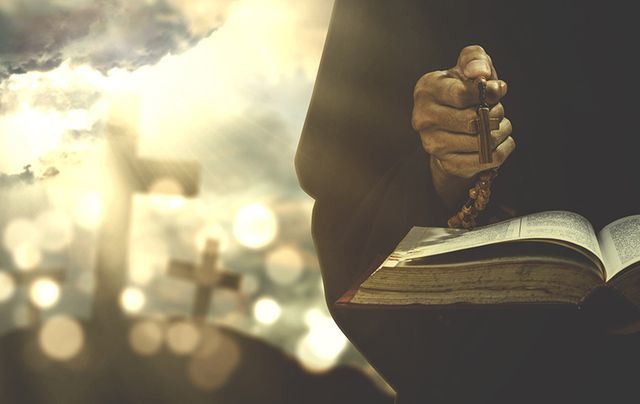 Irish saints may have once carried out abortions. iStock

Irish Catholic saints once performed abortions, and the act was considered less of a sin than oral sex.

In a 2018 piece for The Irish Times, Maeve Callan, associate professor of religion at Iowa’s Simpson College, challenges the assumption that Irish Catholics have always had only one attitude toward abortion - that it was evil and a horrific sin. According to Callan, the biographies of medieval Irish saints show quite a different story.

Fifth and sixth-century saints Brigid of Kildare, Ciarán of Saigir, Cainnech of Aghaboe, Áed mac Bricc all recount taking part in abortions and record them among their miracles.

In one account, Ciarán of Saigir rescues Bruinnech, a nun who had been abducted by a local king. “When the man of God returned to the monastery with the girl, she confessed that she was pregnant. Then the man of God, led by the zeal of justice, not wishing the serpent’s seed to quicken, pressed down on her womb with the sign of the cross and forced her womb to be emptied.”

And when Cainnech of Aghaboe blessed the belly of another nun who became pregnant “at once the baby (infans) in her womb vanished without a trace.” All of the saints' stories on ending a pregnancy play out in a similar manner -- the "abortions" are carried out with the blessing of God and seen as a miracle.

Callan, the author of The Templars, the Witch, and the Wild Irish: Vengeance and Heresy in Medieval Ireland, goes on to say: “Saints were not the only Catholics performing abortions in medieval Ireland. The sixth-century Penitential of Vinnian, the seventh-century Irish Canons, and the eighth-century Old Irish Penitential include abortion among the many sins to be repented.” 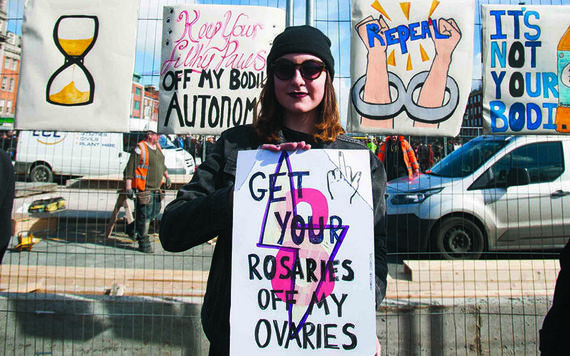 A demonstrator calls for the repeal of Ireland's 8th amendment. Credit: RollingNews.ie

Callan writes in The Irish Times: “Today’s repeated refrain that ‘you can’t be Catholic and pro-choice’ indicates an ignorance of history and a disregard for the views of the majority of Catholics themselves, who hold much more progressive values than church leaders generally allow, including in Ireland."

She concludes: “A January 2018 Irish Times/Ipsos MRBI poll found that 65 percent of Irish voters supported repealing the Eighth Amendment and allowing abortions at least for the first trimester. Some see this acceptance of abortion as further proof that the Irish are losing their Catholic foundation, but those who support legal and safe abortion might better reflect a ‘medieval’ Irish Catholic attitude than those who oppose it.

The referendum to repeal the 8th Amendment of Ireland’s constitution, which gives a fetus equal rights to life and restricts legislation on abortion, was passed in a landslide vote in May 2018.