Co-commander of St. Stephen’s Green in the 1916 Easter Rising, Markievicz was the first woman ever elected to the UK House of Commons and the first woman to ever hold a cabinet ministry.

Co-commander of St. Stephen’s Green in 1916 and the first woman to ever hold a cabinet ministry.

Countess Markievicz was a renowned Irish revolutionary figure known for her leadership in the Easter Rising and struggle for Irish freedom.

When in Paris, aged 25, she continued studying art and met her husband and namesake, Casimir Dunin-Markievicz. The couple had only one child, Maeve Allys, who was born in Lissadell in 1901.

In the 1916 rising, she became a fully-fledged officer in the Irish Citizen Army and had fought in St Stephen’s Green during the uprising, eventually surrendering and then sentenced to death.

In 1918, Markievicz was elected as a member of Sinn Fein, but due to the abstentionist policy of her party in refusing to swear allegiance to the monarch, she never took her seat in parliament. 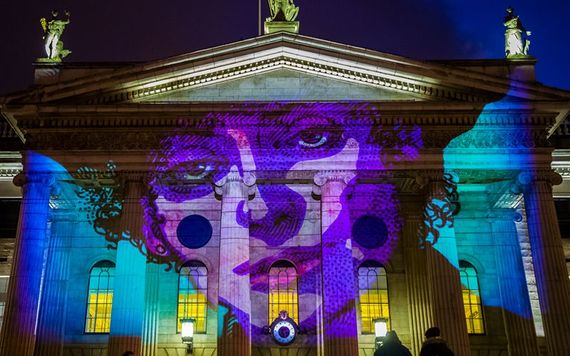 In 1926, she, along with fellow revolutionaries Eamon De Valera, Sean Lemass, Gerry Boland, and Frank Aiken, branched off from Sinn Fein to form another party, Fianna Fáil, after extensive talks.