The case of the Croghan man mystified detectives and journalists in 2003. 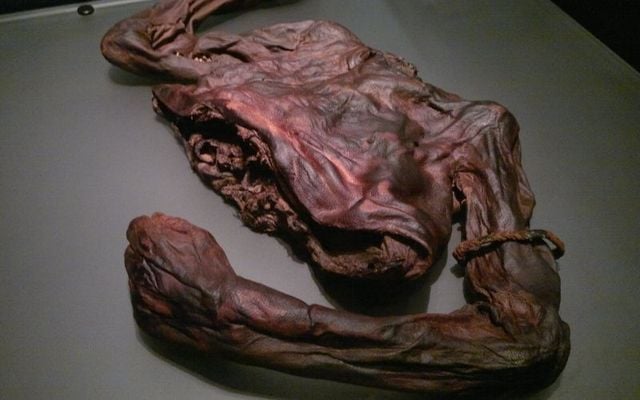 A compelling podcast series investigating the gruesome murder of a man in County Offaly that mystified detectives is available on all podcast platforms.

The Irish History Podcast launched the first episode of its six-part series - "The Road to Oldcroghan" - in Oct 2020. The series examines the case of a brutal and infamous murder that began in Croghan, Offaly, in May 2003 when a mutilated male body was found in a peat bog.

The male victim had been badly tortured; the body was found decapitated and disemboweled with stab wounds to the chest and both nipples sliced through.

The murder was, in fact, a ritual killing and attracted a great level of interest over the next 18 months. Gardaí, journalists, and former state pathologist Marie Cassidy all flocked to the area to investigate the gruesome killing.

As it transpired, the murder was not recent. In fact, the murder didn't even take place in the last thousand years. Instead, the man was estimated to have died around 375BC, placing the death during Ireland's Iron Age.

The news piqued public interest and made the case even more intriguing and the Irish History Podcast's new series attempts to delve deeper into the compelling story.

In the first episode of the series, host Fin Dwyer interviews Kevin Barry, a peat worker who found the body back in 2003 while digging drainage ditches at Clonearl Bog. Barry made the shocking discovery when he saw an arm protruding from the bucket of his digger.

Dwyer also speaks with Marie Cassidy, the former state pathologist who investigated the murder, in addition to local and international crime experts in the later episodes of the gripping podcast.

"This was unquestionably one of the strangest murders not only in Offaly’s history but Irish history," Dwyer said. "I was absorbed not only by the investigation into the victim but also how his story also relates to the challenges that lie ahead for Co Offaly as the country transitions away from peat extraction."

Damien Lawlor, an Offaly historian and expert in the Croghan case, said that the Offaly village is steeped in neolithic history.

"No one expected to hear that a body was dug out of a bog in Croghan!" Lawlor said. "Croghan has a rich history. There is a passage tomb on top of the hill. There are also a large number of prehistoric sites spanning the Neolithic, Bronze Age, and Iron Age spread across the bogs that surround the hill.

"In addition, there are the remnants of the castle of Offaly’s chieftains, the O’Connor’s, with the remains of a medieval village nearby."