The many, mighty Irish American Ryans of D-Day

Remember a fascinating group of Irish Americans, all closely connected to D-Day, and all, oddly, named Ryan. 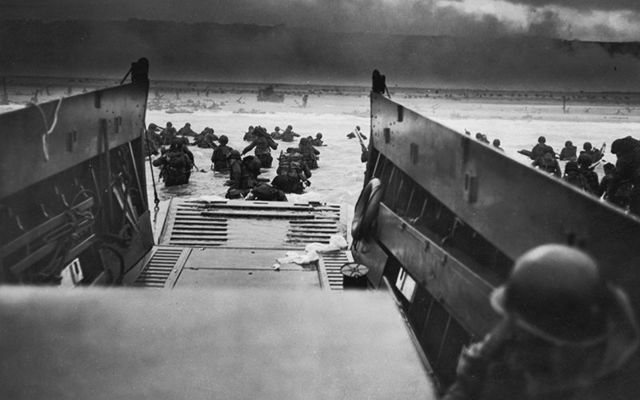 A view from the boats of the beaches on D-Day, during World War II Getty

With the 77th anniversary of what was arguably World War II’s most important turning point upon us it’s a good time to celebrate a fascinating group of Irish Americans, all closely connected to D-Day, and all, oddly, named Ryan.

In this sense, fact may well be stranger than fiction.  And so, we begin with the very famous, very fictional, James Francis Ryan, the missing, tragic soldier from Steven Spielberg’s epic D-Day film Saving Private Ryan.

To mark the anniversary of the Normandy invasion on June 6, the first bloody step toward finally vanquishing Hitler and the Nazis, Spielberg’s film is back in a handful of theaters.  (If you find yourself in Hazlet, New Jersey, on the eve of the D-Day anniversary, join me and my movie-buff son TJ for a screening of Saving Private Ryan at the Cinemark Theater off of Route 35.) 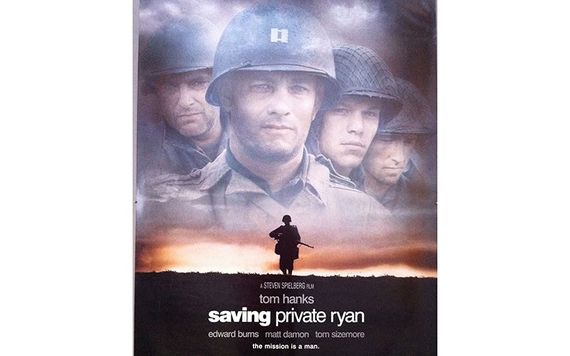 A promo poster for the 1998 movie, Saving Private Ryan, which famously starts on D-Day, in World War II

The film’s heartbreaking story was actually based on four actual Irish Catholic brothers (the Nilands) from upstate New York. The Tom Hanks character in the movie was patterned after Father Francis Sampson, a chaplain who was tasked with hunting down Fred Niland after his three brothers were killed on D-Day.

Next up is Dublin-born Cornelius J. Ryan, who wrote the famous book The Longest Day, widely considered the authoritative work on the invasion of Nazi-occupied Europe. Ryan’s famous book was later made into an even more famous 1962 movie starring John Wayne, Henry Fonda, and Robert Mitchum. 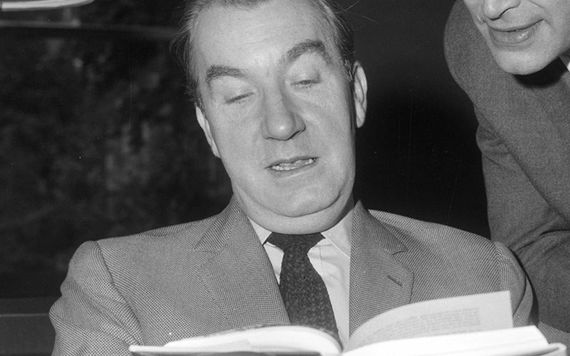 This month, the Library of America is releasing a new edition of Ryan’s book, celebrated as “the true, humble, and all-but-forgotten beginning to the modern age of Journalism as Literature,” in the words of Columbia Journalism Review.

Cornelius Ryan was educated by the Christian Brothers in Ireland and was a war correspondent as the battles in Europe raged.  He later moved to the U.S, working for Time and other magazines, before becoming a U.S. citizen and penning The Longest Day in 1959. 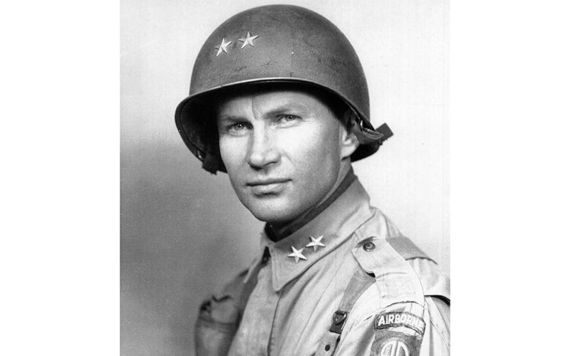 One more thing: General Gavin’s childhood was a rough one.  He was raised at Brooklyn’s Convent of Mercy orphanage, left there by his overwhelmed Irish immigrant mother named (you guessed it) Katherine Ryan.

Finally, there is Charles Ryan of St. Louis, who died back in April at the age of 96. A graduate of Christian Brothers College, Ryan served in the Army and saw action on D-Day as well as at the Battle of the Bulge and the Battle of the Hurtgen Forest.  Ryan was decorated with a Silver Star, Bronze Star with Valor, five Bronze Battle Stars, and a Purple Heart with Oak Leaf Cluster among others.

The point of all this, of course, is not the strange confluence of folks who happened to share a common Irish name.  The point is the ever-dwindling numbers of Charlie Ryans from St. Louis walking among us. 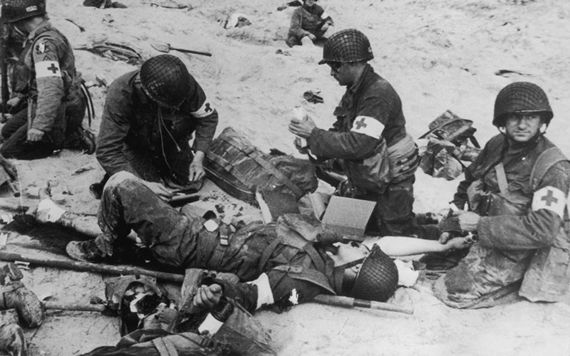 Wounded men tending to one another on the beaches of D-Day, in World War II.

As The Associated Press recently noted, “It’s unclear exactly how many D-Day veterans are alive today. The survivors are now in their 90s or 100s.”

The A.P. added this sobering fact, “Of the 73,000 Americans who took part, just 30 are currently scheduled to come to France for this year’s anniversary. The U.S. Department of Veterans Affairs estimates that about 348 American World War II veterans die every day.”