Sergeant Robert Emmett O'Malley was shot in the chest, arm, and legs during an evacuation in 1965 but fought on so that his squad could get to safety. 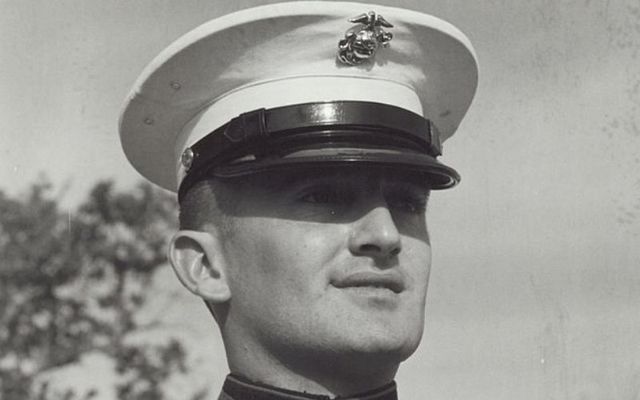 An Irish-American soldier from Woodside, Queens became the first Marine to receive the Medal of Honor during the Vietnam War for his heroic acts during an aborted mission.

Sergeant Robert Emmett O'Malley, 78, who now lives in central Texas, said that he was given the choice between jail and the marine corp after he was convicted of a petty crime during the 1960s.

O'Malley chose the Marines and found himself leading a group of men near the village of An Cuong as part of Operation Starlite on August 18, 1965.

Based on intelligence from the Army of the Republic of Vietnam, the operation was the first major offensive action conducted by a purely US military unit during the Vietnam War.

O'Malley, then 23, was leading his men after landing outside An Cuong when their battalion came under fire.

"Everybody got wounded," O'Malley told Newsbreak.

O'Malley led his men back to a helicopter after his squad received orders to withdraw.

The 23-year-old Marine was shot in the chest, arm, and legs by a piece of shrapnel but refused to evacuate. Instead, he kept fighting until his men were safely onboard the helicopter.

O'Malley's squad suffered one casualty during the evacuation, an 18-year-old Marine who O'Malley said "should never have been there".

O'Malley was treated for his injuries in Japan and underwent surgery to remove a piece of shrapnel from his lungs. He subsequently became one of the first recipients of the Medal of Honor during the Vietnam War.

"When I received the Medal of Honor there were 368 other recipients," O'Malley told Newsbreak.

He said that he still hasn't forgotten when President Lyndon Johnson pinned the medal onto his shirt during a ceremony on December 6, 1966, in Austin, Texas.

Johnson showered the 23-year-old with glowing praise during the ceremony.

"While leading his squad in the assault against a strongly entrenched enemy force, his unit came under intense small arms fire. With complete disregard for his personal safety," Johnson said in a speech while pinning the medal on.

O'Malley went on to throw the first pitch at a New York Yankees game against the Boston Red Sox.

"We lost that game to Boston," the veteran Marine remembered.

He later married his wife and settled down in Goldthwaite, Texas, and has an area dedicated to him in the local Mills County Museum.

His wife has since died and O'Malley now lives alone in his small log cabin full of memories of the past.